Long after Earth has entered its second ice age, humanity has learned to cope with the frozen elements. In this cold and bleak future, heat is power, and brutal gangs roam the icy wasteland looking for it. If that wasn't enough, a terrible disease nicknamed "frostbite" is literally freezing people from the inside out. Once you catch it, the effect is instantaneous. There is no immunity, there is no cure. Until now. Doctor Henry Bonham and his daughter Victoria have found the key to ending frostbite. If they can get from Mexico City to a secret government outpost in Alcatraz, they could stabilize life across the globe. But to do that they'll need to stay alive. That's where Keaton comes in. She and her crew have faced worse journeys before, but never with the potential consequences this one poses if they fail. A new miniseries from acclaimed writer Joshua Williamson (The Flash: Rebirth; Nailbiter) and artist Jason Shawn Alexander (Empty Zone; BATMAN: ARKHAM CITY), FROSTBITE is a science-fiction action miniseries unlike any other. 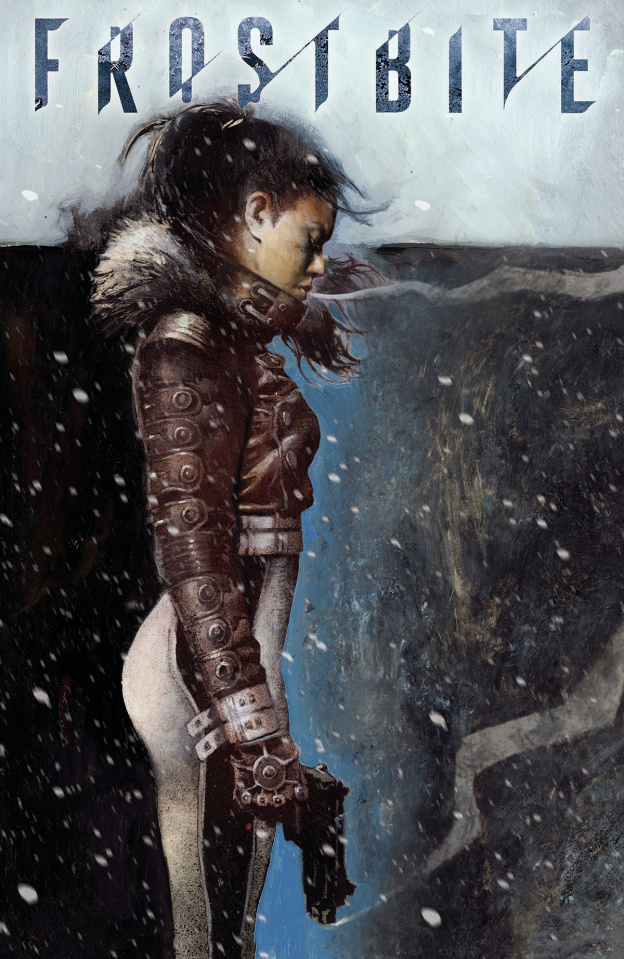