Predator vs. Judge Dredd vs. Aliens #3

Dr. Reinstöt is hosting a party! AN APOCALYPSE PARTY! He's gotten his hands on some xenomorph DNA: a dream come true for a mad genetic scientist who's already built a clan of animal hybrids. He's also captured a Predator, and even his old acquaintance Judge Dredd has come knocking on his isolated lab's door. Now that his friends are here and ready to go, the only thing left to do is hit the town! They're taking the party to Mega-City One and raising hell! 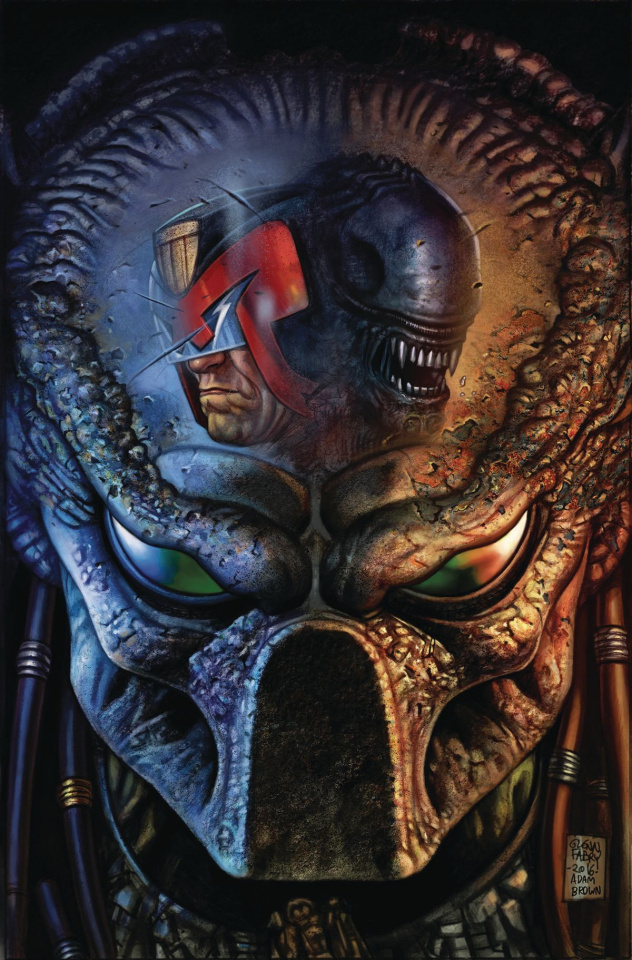