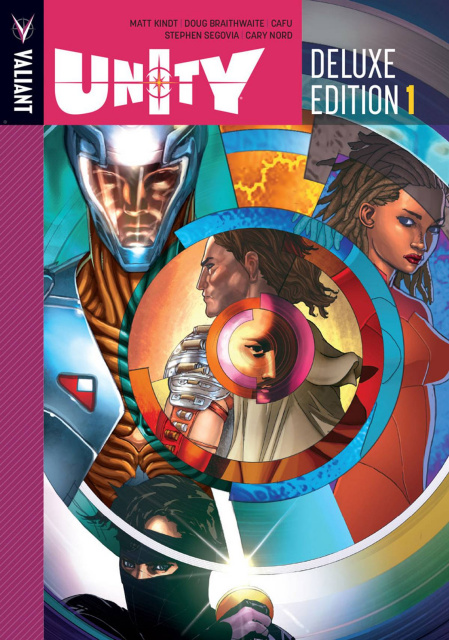 At last, a deluxe oversized hardcover collecting the bestselling debut and first year of adventures of the Valiant Universe's first-ever superteam! From their first explosive confrontations with X-O Manowar to their head-on assault on the alien strike-force known only as the Armor Hunters, the most dangerous and most ruthless team of heroes ever united comes together right here in this prestige-sized collection from New York Times bestselling writer Matt Kindt (THE VALIANT, NINJAK) and an all-star cast of artists including Doug Braithwaite (ARMOR HUNTERS), Cary Nord (Conan), CAFU (UNITY), and Stephen Segovia (Superior Carnage)! To kill a king, he has created an army. The world's most dangerous man, Toyo Harada, has been struck by the one thing he never thought possible - fear. Halfway across the globe, a new power threatens to topple modern civilization and, to preempt the cataclysm that is to come, Harada will unite the most lethal, most volatile, most unforgiving team the world has ever known - UNITY. Their mission: defeat the warrior king armed with the universe's most powerful weapon. Kill X-O Manowar! Collecting UNITY #0-14 and HARBINGER: FAITH #0, this deluxe oversized hardcover comes packed with more than 20 pages of rarely seen art and extras, direct from the Valiant vaults.