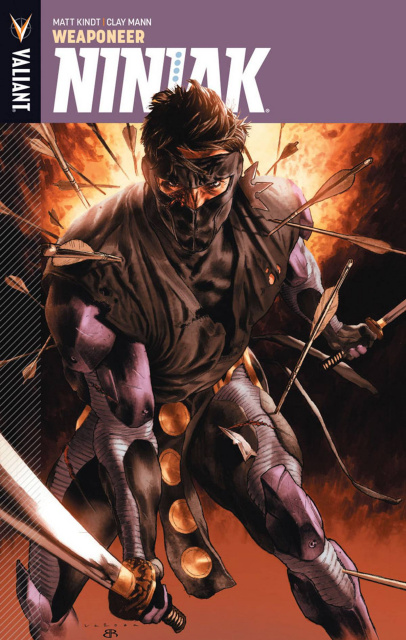 Every master spy... has to start somewhere. Then: Meet inexperienced MI-6 recruit Colin King on his first mission in the field as he learns the basics of spycraft and counterintelligence, and develops a volatile relationship with his first handler. Now: Colin King is Ninjak, the world's foremost intelligence operative, weapons expert, and master assassin. And he's hunting the Shadow Seven - a secret cabal of shinobi masters with mysterious ties to his training and tragic past. Start reading here as Ninjak's past and future collide in the pages of an all-new ongoing series from New York Times best-selling writer Matt Kindt (THE VALIANT, DIVINITY) and superstar artists Clay Mann (Gambit), Butch Guice (Captain America), and Juan José Ryp (Black Summer). Collecting NINJAK #1-5.