Up is down and black is white when six fearsome femme fatales shoot it up in this dark action thriller featuring adult film stars fighting for freedom. Pussycats mixes Sons of Anarchy with Charlie's Angels to produce ass-kickin' girls going against gangsters and world governements. When Cold War espionage going public in an election year threatens the careers of powerful people, underground operative Mother Superior sets in motion a disinformation campaign to protect her friends from political fallout and kill a bunch of people who want to exploit her past for profit! Collects issues #0-4. 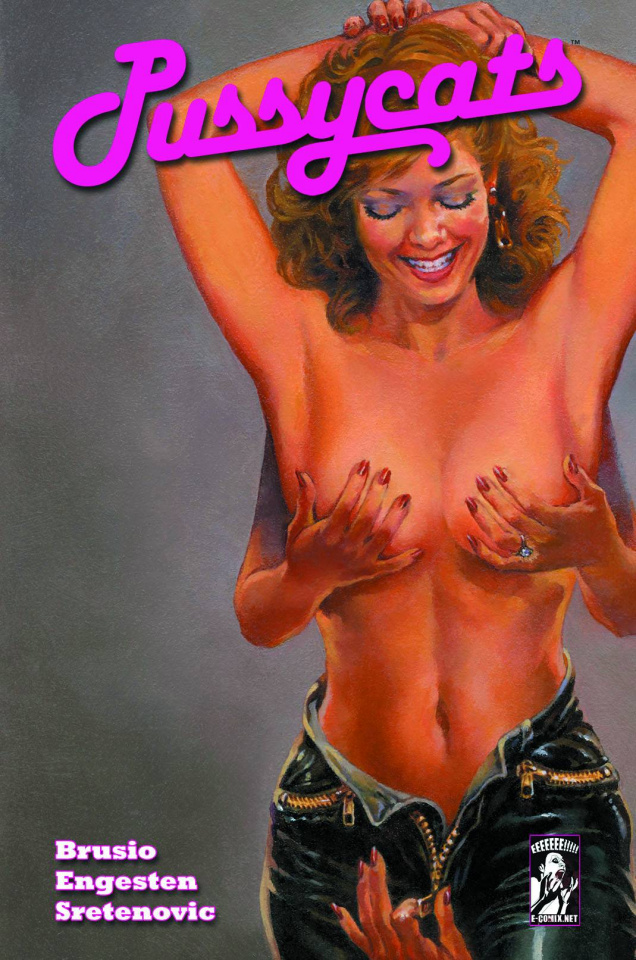