The biggest Lady Death issue of her 24 year illustrious history is here!

This special also features the long-lost Lady Death: Dark Horizons story drawn by Wellinton Alves that has to date only been seen in B&W, now brought to full beautiful color. But that's not all!

It also includes a huge gallery of unseen sketches and original pencil art through the ages including Ivan Reis and Renato Camilo! Also featuring original inks without lettering from Ron Adrian, Richard Ortiz, Marcelo Mueller and much more!

This Character Design is the original one created for new Boundless series costume, never-before-seen!

Lastly, you don't want to miss the Century Set for this issue, featuring 5 pencil pieces from Renato Camilo and limited to just 100 copies of each! 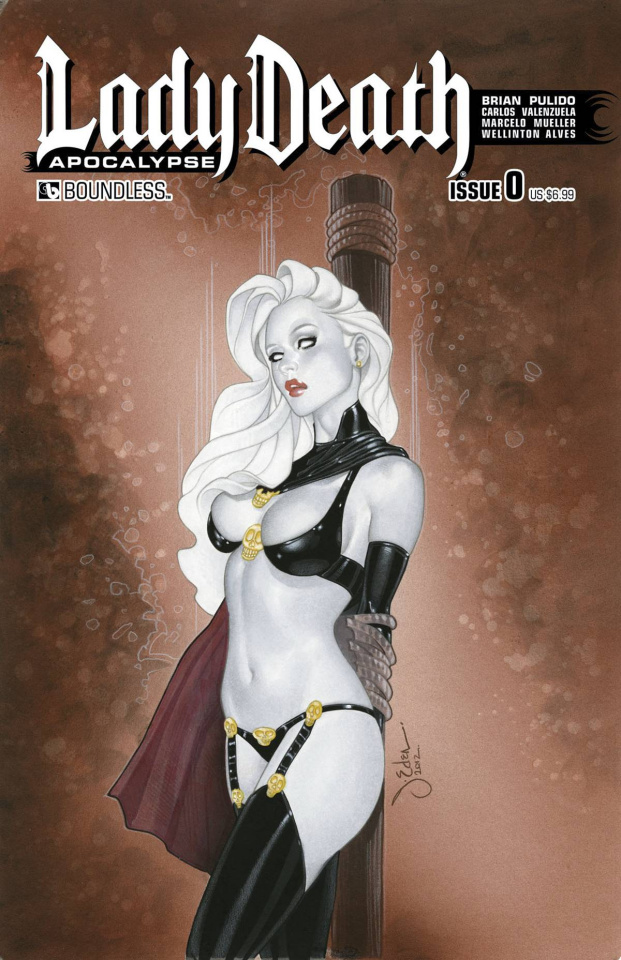