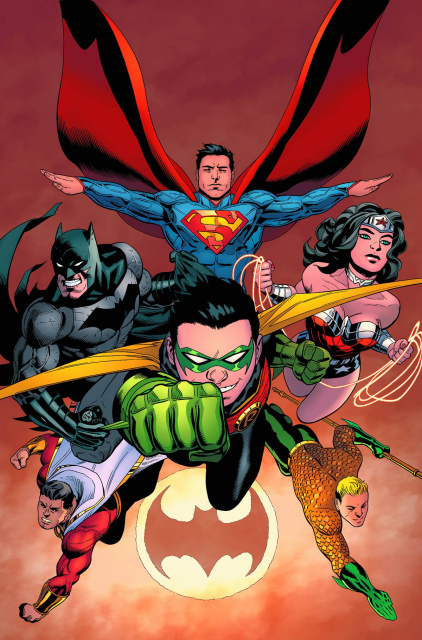 After his son Robin's body is stolen by alien hordes, Batman finds himself on the deadly planet of Apokolips-home planet of Darkseid! Aided by his allies Red Hood, Batgirl and Red Robin, Bruce Wayne must face down the most powerful villains in the universe to recover his son's coffin-a son who he'd do anything to bring back. Collects BATMAN AND ROBIN #35-40, ROBIN RISES: ALPHA #1, BATMAN AND ROBIN ANNUAL #3, BATMAN AND ROBIN: FUTURES END #1, and a story from SECRET ORIGINS #4.