Costumed crimefighter Empowered is briefly overjoyed to find herself in the running for one of the superhero community's annual Caped Justice Awards (or "Capeys")-only to discover that her nomination was merely a cruel joke by her obnoxious superpeers. But when the masked masses face a cataclysmic reckoning for previous heartless hoaxes, can our perpetually struggling heroine overcome her resentment and save the day? And can she cope with the further problems posed by cross-dressing vigilantes, dying wishes from preteen wannabe supervillains, telepathic "booty calls," a deeply depressed ninja, bedroom "cosplay" conflicts with her boyfriend, and even... Hummer® fu? From Adam Warren-writer/artist of the English-language Dirty Pair comics (the original "Original English-Language Manga")-comes Empowered, a gut-busting gag-fest of life in the superhero slow lane. Dump your boxes of prefab power-fantasy pamphlets and load up on Empowered! 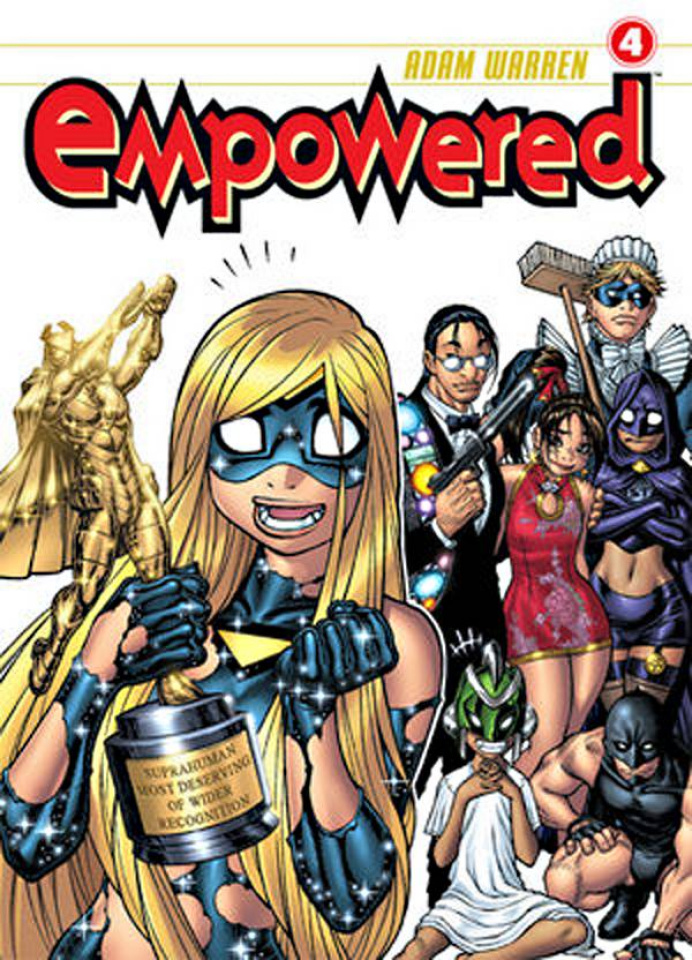