The King of Monsters is back! From the Legendary and Warner Bros. major motion picture comes GODZILLA: AWAKENING TP, the official prequel graphic novel to one of this summer's biggest blockbuster films. This new trade paperback is timed to the release of the GODZILLA Blu-Ray and DVD on 9/16. Delve into an incredible mystery, generations in the making. At the dawn of the atomic age, humanity awakens lifeforms beyond imagination, unleashing monumental forces of nature. Written by Max Borenstein (screewnwriter of the new Godzilla) and Greg Borenstein, illustrated by Eric Battle, Yvel Guichet, Alan Quah and featuring cover art by comics legend Arthur Adams, GODZILLA: AWAKENING is the official graphic novel based on the new movie from Warner Bros. Pictures and Legendary Pictures, and reveals an explosive, larger-than-life adventure set decades before the film. 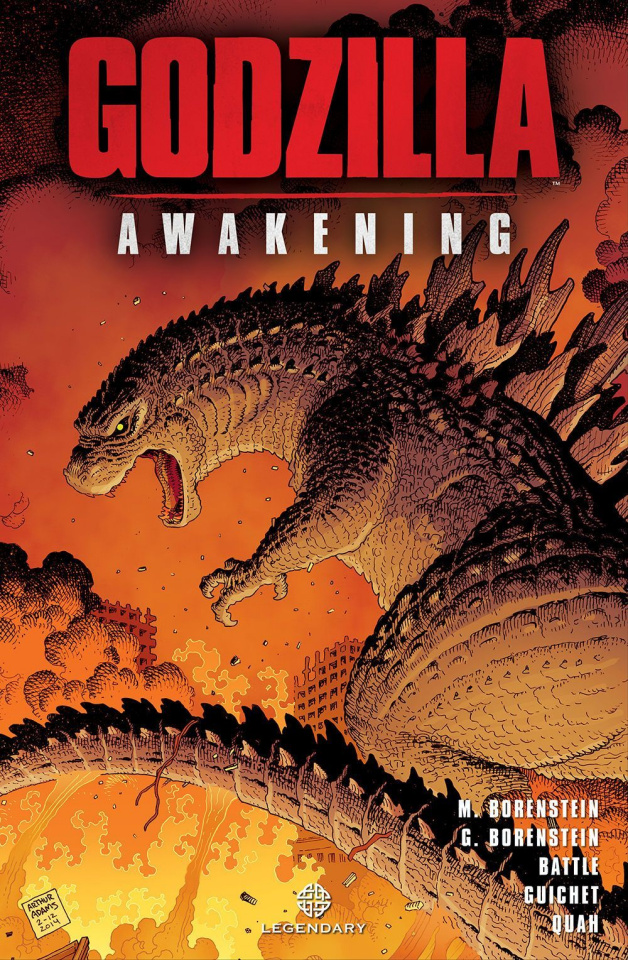