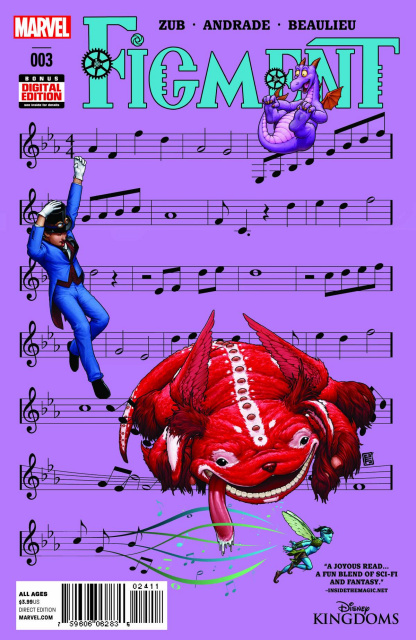 REVEALING THE ORIGINS OF ONE OF DISNEY'S MOST IMAGINATIVE CHARACTERS!

An all-new steampunk fantasy story exploring the never-before-revealed first adventure of the inventor known as Dreamfinder and his famous dragon Figment!

Our daring duo explores the realms of imagination, finding friends and foes alike...while back on Earth, a clockwork army assembles under the command of the frightening force known only as The Singular!

With a variant cover by John Tyler Christopher!