Harbinger Vol. 5: Death of a Renegade

The Renegades thought they could get their old lives back. They thought they could bring down Toyo Harada and the Harbinger Foundation. They were wrong. And now one of them will die. Once again, Peter Stanchek and the Renegades are on the run with the combined forces of the Harbinger Foundation and Project Rising Spirit closing in on all sides. This time, however, the team's newest member, Ax, has left a trail of leaked classified information that could win the day - but also put the few loved ones they have into dire peril. Collecting "Resistance" and "Death of a Renegade" from HARBINGER #20-25, a Renegade will fall as New York Times best-selling creators Joshua Dysart and Clayton Henry unleash a major milestone for Valiant's acclaimed teenage superteam. 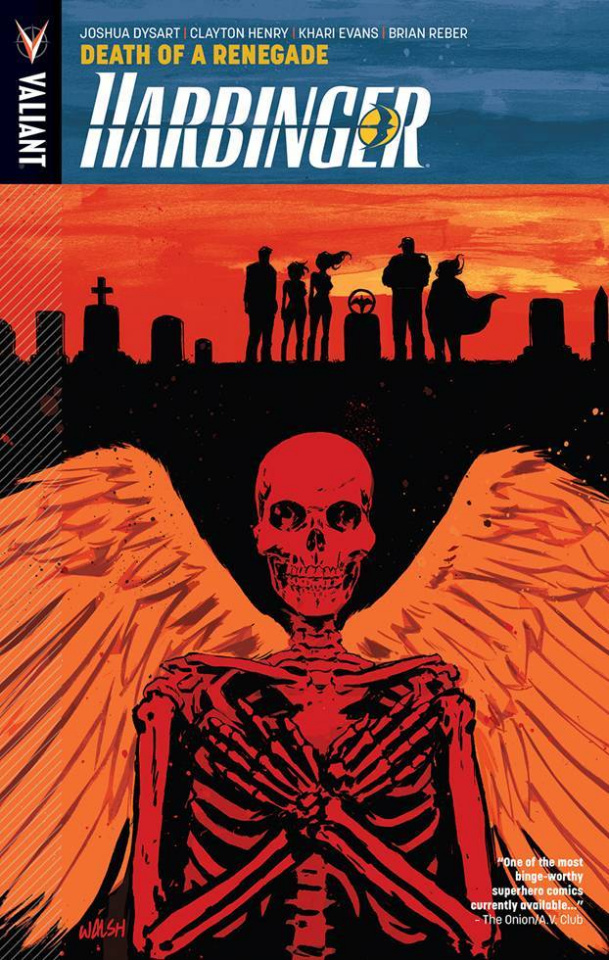