Ricky Rouse Has a Gun

Rick Rouse is a US Army deserter who, after running away to China, gets a job at Fengxian Amusement Park-a family destination heavily "inspired" by Western culture, featuring Rambi (the deer with a red headband), Ratman (the caped crusader with a rat's tail), Bumbo (small ears and a big behind), and dozens of other original characters. The park's general manager is convinced that Rick was destined to greet Fengxian customers, dressed as none other than Ricky Rouse. This original graphic novel is a relentless action comedy, a satire of US-China relations, a parody of Western entertainment, and a look at China, a culture ripe with innovation and a unique, courageous spirit. 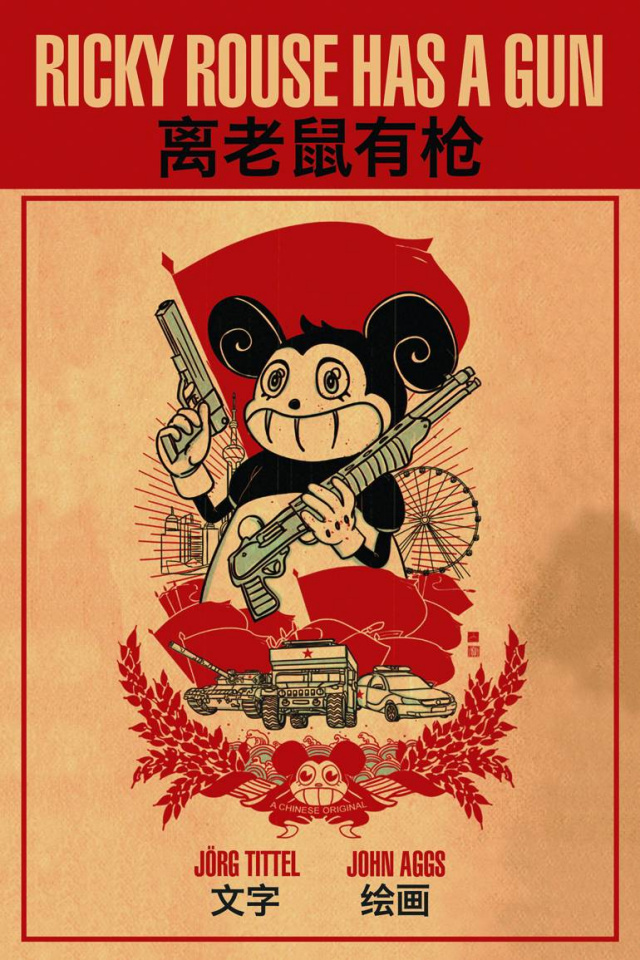