DIRECT MARKET EXCLUSIVE-Not Available in Bookstores! During the darkest days of the Civil War, wicked cutthroats came into possession of six pistols of otherworldly power. In time, the Sixth Gun. the most dangerous of the weapons, vanished. When the gun surfaces in the hands of an innocent girl, dark forces reawaken. Vile men thought long dead set their sights on retrieving the gun and killing the girl. Only Drake Sinclair, a gunfighter with a shadowy past, stands in their way. But the guns have a power... and a destiny... more terrifying than anyone imagines. Collecting the first 11 issues of the critically-acclaimed comic book series, this Gunslinger edition of The Sixth Gun hardcover comes in a General Hume coffin box and features a new dust jacket and three exclusive art prints! Each copy is signed and numbered by the creators. 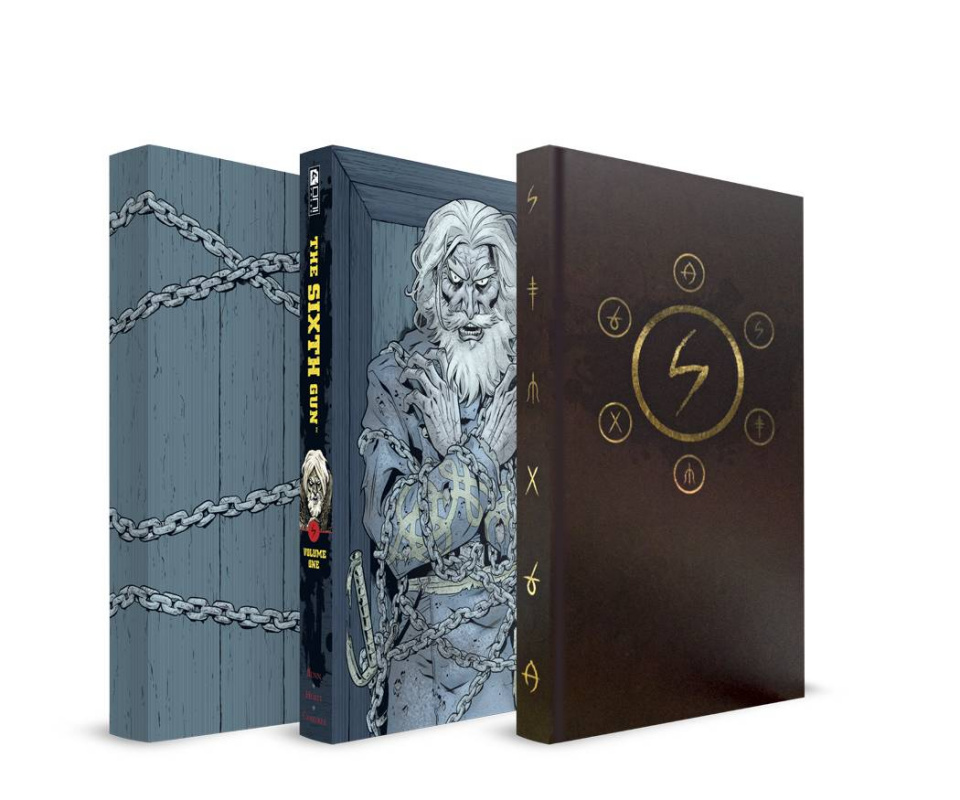