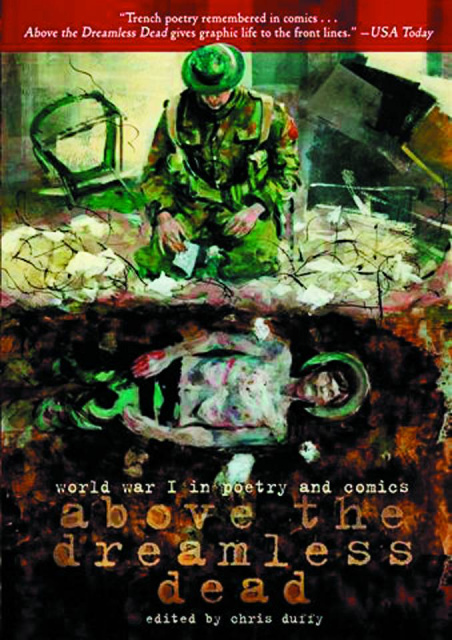 Above the Dreamless Dead: WWI in Poetry and Comics

As the Great War dragged on and its catastrophic death toll mounted, a new artistic movement found its feet in the United Kingdom. The Trench Poets, as they came to be called, were soldier-poets dispatching their verse from the front lines. Trench Poetry soon became one of the most significant literary moments of its decade. In stark black and white, the words of the Trench Poets find dramatic expression and reinterpretation through the minds and pens of some of the greatest cartoonists working today. Twenty poems are interpreted in comics form by twenty of today's leading cartoonists.