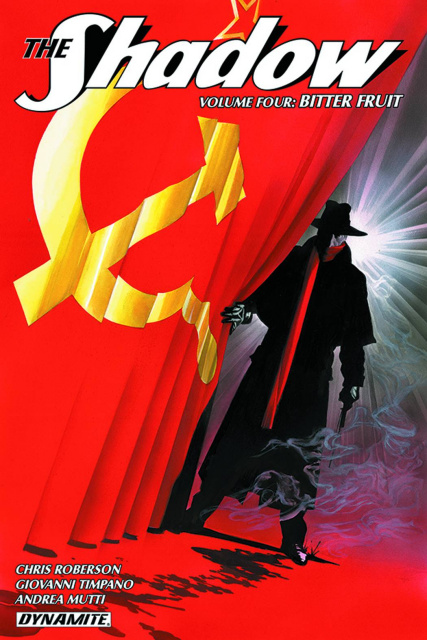 Without the aid of his agents, The Shadow attends to a globetrotting solo-mission that takes him from the concrete canyons of New York City, to the snowy wastes of Siberia, to the peaks of the Himalayas, to the steaming jungles of Guatemala. The goal: to at last learn the secrets behind the girasol! Then, when The Shadow returns to Manhattan, he finds the authorities are baffled by a rash of unexplainable deaths in Chinatown. But when the recently deceased begin to rise from their graves and plague the living, it is clear they are out of their league. Thankfully The Shadow is on hand and ready to stand against the Zombie Queen of Chinatown! Collecting issues #19-25 along with a complete cover gallery featuring the art of Alex Ross, Francesco Francavilla, Dean Motter, Dennis Calero, and Jason Shawn Alexander!