Col. Luther Manning has been locked in a state of living death. He is no longer a man, but a mockery of a man. He has become an amalgam of reanimated flesh and computer circuitry, stripped of his family, his humanity - but not his will. He has become Deathlok the Demolisher - a weapon of war programmed solely for destruction. A challenging blend of science fiction and psychological war journal, Deathlok set the pace for anti-heroes in the turbulent post-Watergate '70s. Illustrated by Rich Buckler, and co-written with Doug Moench and Bill Mantlo, Deathlok pushed the moral relevance of Marvel Comics into a bold, often frightening new future. Collecting ASTONISHING TALES (1970) #25-28 and #30-36, MARVEL TEAM-UP (1972) #46, MARVEL SPOTLIGHT (1971) #33, MARVEL TWO-IN-ONE (1974) #27 and #54, and CAPTAIN AMERICA (1968) #286-288. 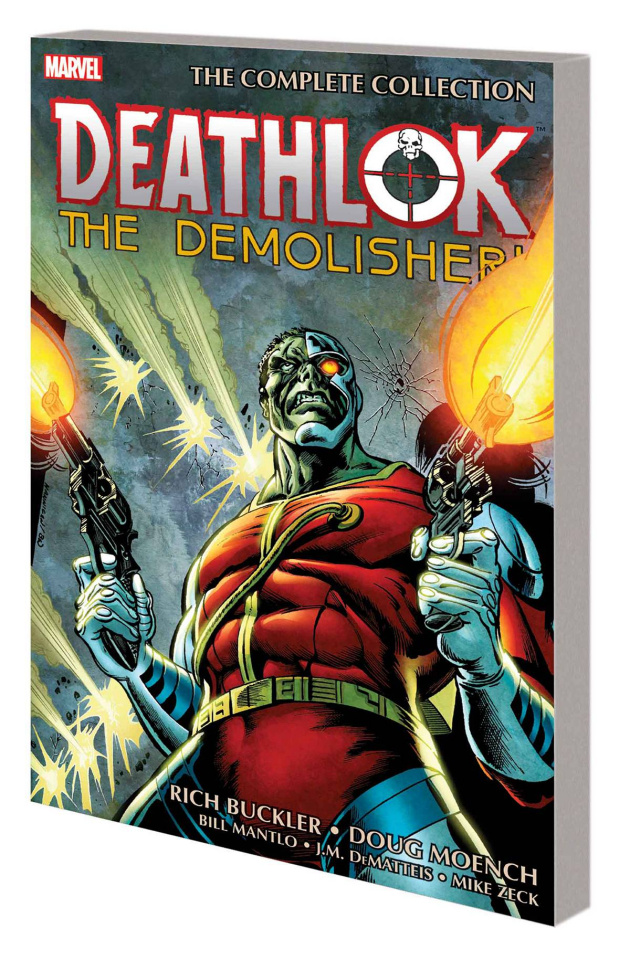