The next generation of Ultimates is here! Spider-Man, Black Widow, Kitty Pryde, Bombshell, Cloak and Dagger unite to tackle the vicious, rampant crime wave overtaking Hell's Kitchen! But the young Ultimates are put to the test as they try to survive their first mission: going head-to-head with the city's most ruthless gang, the Serpent Skulls, led by Diamondback! Meanwhile, detective Brigid O'Reilly and her anti-gang unit are on the hunt for a serial mask killer called Scourge! As Jessica Drew adjusts to the mantle of Black Widow, Spider-Man falls for a villainess, and Bombshell's life is changed by tragedy, Crossbones joins the fray! These young heroes have fought Galactus, but can they survive super-powered street gangs and psychopaths? Written by Michel Fiffe, creator of the acclaimed indie series COPRA! Collecting ALL-NEW ULTIMATES #1-6. 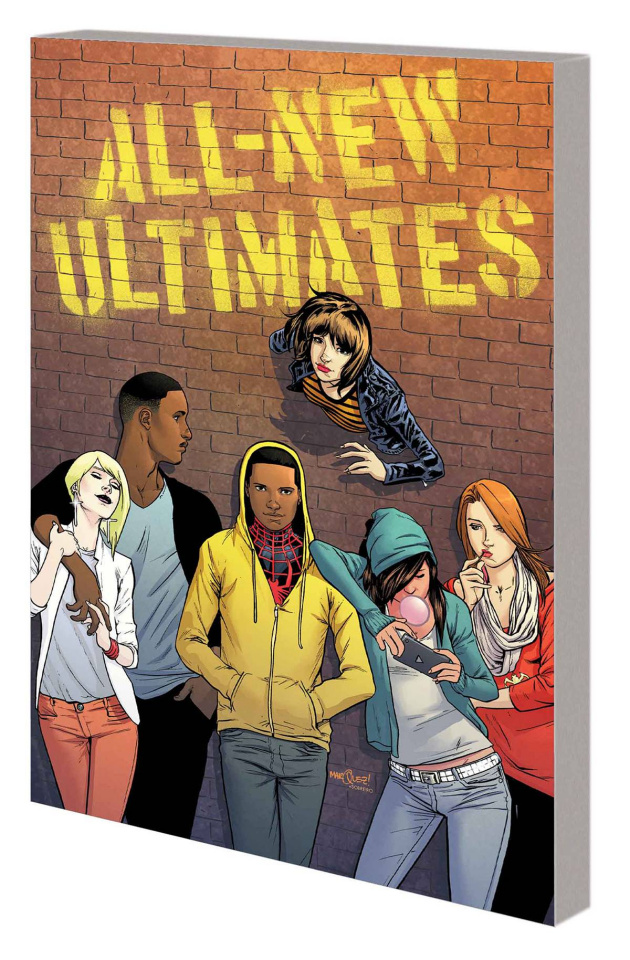