Sue Storm, Tony Stark and Sam Wilson are the all-new Future Foundation - and they're all that stand between us and complete and utter doom! When a lavish vacation spot for the super-rich suddenly goes dark, with hundreds missing, the only suspect is an old frenemy of the Fantastic Four! Meanwhile, a mysterious new member will join the FF's ranks, whether they like it or not - and when their secret origin is revealed, the truth behind this newcomer spells doom for another team member! When a parallel Earth invades, sending something unimaginable through the rift, a new Atlantis will rise - but will Namor massacre his own people to survive? Meanwhile, trapped outside the Universe, an old friend returns to help face the coming destruction. The Ultimate Universe's greatest nightmare approaches, and the Doomsday Clock counts down. Can the new FF prevail? Collecting ULTIMATE FF #1-6. 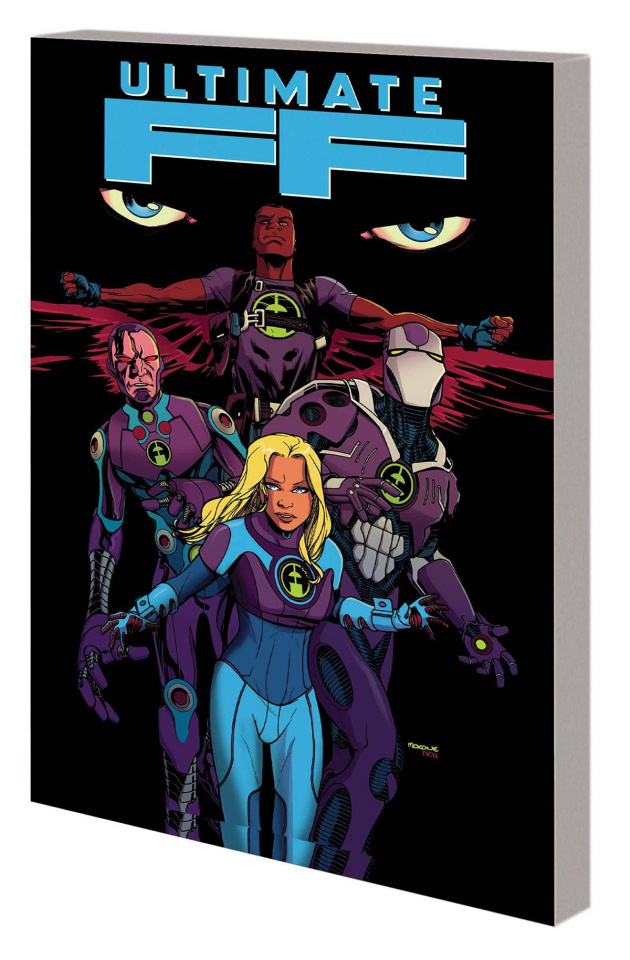