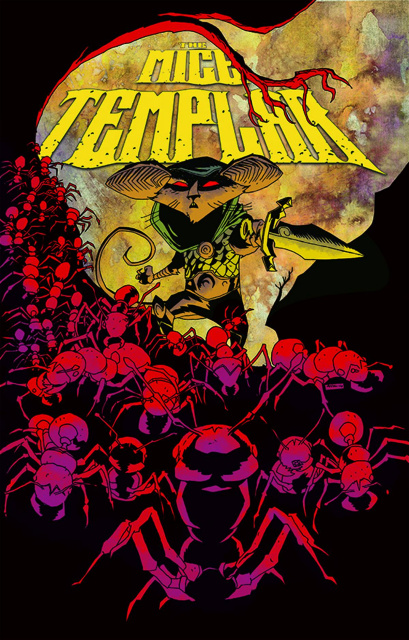 Possessed by the Red Ant god, Karic's long-prophesied doom becomes reality as the would-be savior of the mice becomes an instrument of vengeance for the great demon lord Donas the Nathair! On the very brink of restoration, the Templar find themselves trapped between the insatiable hunger of The Many...and the unstoppable insect Guardians of the Dusk and Dawn! PLUS...HAMMER OF THE GODS returns to Image Comics in a three-part story: "HANDS OF THE DWARF" by MICHAEL AVON OEMING and MARK WHEATLEY. The mythical Rattatosk the squirrel that lives in the World Tree provokes a war, and uses the cursed Modi to do it!