Love in Hell is a hilarious and irreverant new manga series that takes place in a setting that is endlessly fascinating - Hell. Rintaro Senkawa is a regular guy in his mid-20's who got a little drunk one night and fell to his death. But that is just the beginning of Rintaro's story, as he finds himself unexpectedly in Hell where he meets his guide, the painfully sexy devil Koyori. Can Rintaro take his situation seriously enough to repent for the sins of his former life or is he fated to be eternally tempted, teased, and tortured by scantily-clad devils with iron spiked clubs? 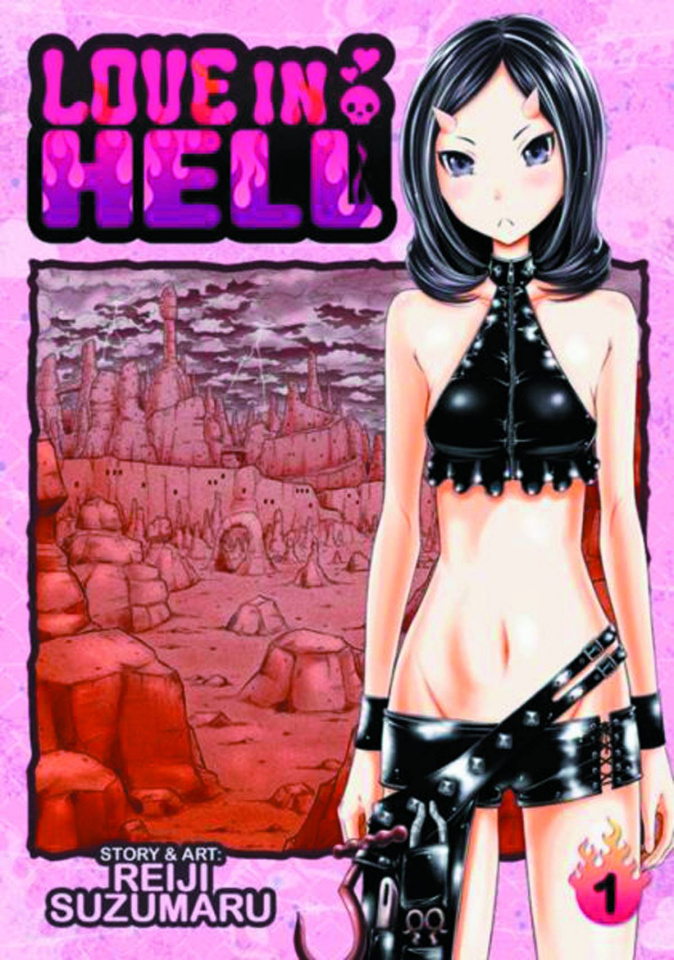