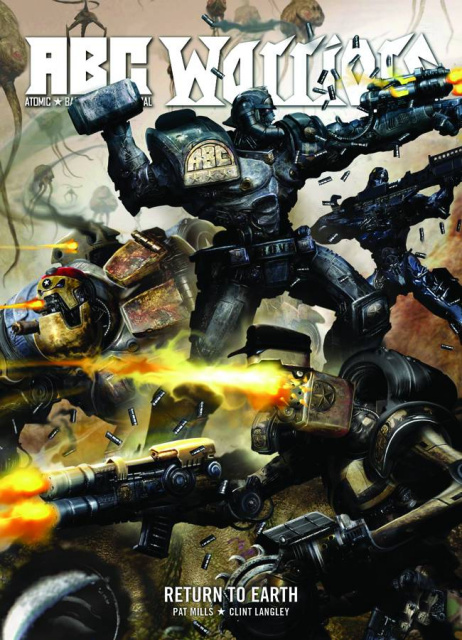 Mars, the far future. War droids created for a conflict that ended centuries ago, the A.B.C. Warriors were recruited to bring peace to the civil-war-ravaged colonies on the Red Planet. The Mek-nificent Seven have recently lost two of their number to the evil Volkhan's army. Recounting a mission from the past that led him back to Earth, team leader Hammerstein reveals how he betrayed robotkind, met Ro-Jaws and joined Ro-Busters! Finally, the origin of the ABC Warriors!