More action and adventure in the future-shocked world of Judge Dredd! Return to the Mega-City One of the critically acclaimed movie as this issue sees the start of a comic-based sequel, "Underbelly," scripted by Arthur Wyatt and illustrated by Henry Flint, as perps try to fill the power vacuum left by Ma-Ma's death. Elsewhere, future-war thriller Insurrection III by Dan Abnett and Colin MacNeil builds to its galaxy-shuddering climax, and Michael Fisher is just trying to get across New York but is beset by weirdness in surreal superhero saga Ordinary by Rob Williams and D'Israeli. Plus, there's the usual articles, stories and more - and in the bagged graphic novel this month, we head back to Zero City in "Beyond Zero" by John Brosnan and Kev Hopgood! 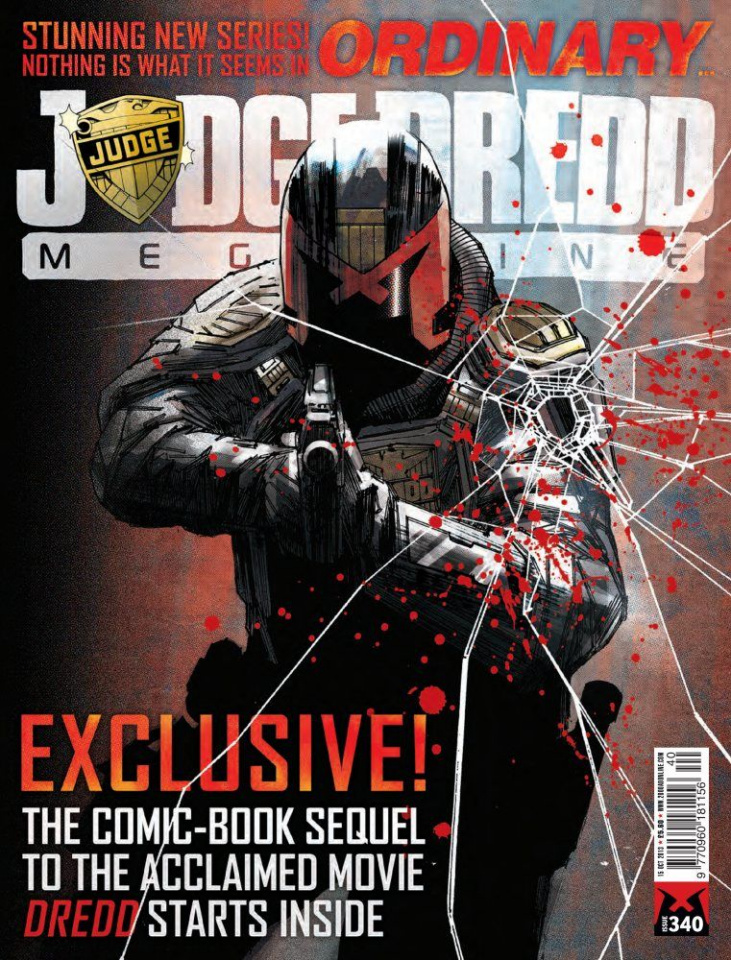