Infomaniacs is a graphic novel printed on paper all about the Internet by the author of 1-800-MICE. A hilarious detective story that manages to critique and explore digital culture, Infomaniacs is marked by the author's restless questioning and heightened sense of the absurd. Thurber looks in on "The Scriveners of Tweet Street," Albert Radar, a Joseph Beuys-lookalike psychiatrist, a perfectly preserved brain that has never seen the internet, an organic server farm, the Anthropamorphic Task Force, and so much more. Think of it as The Long Goodbye for the Tumblr generation. 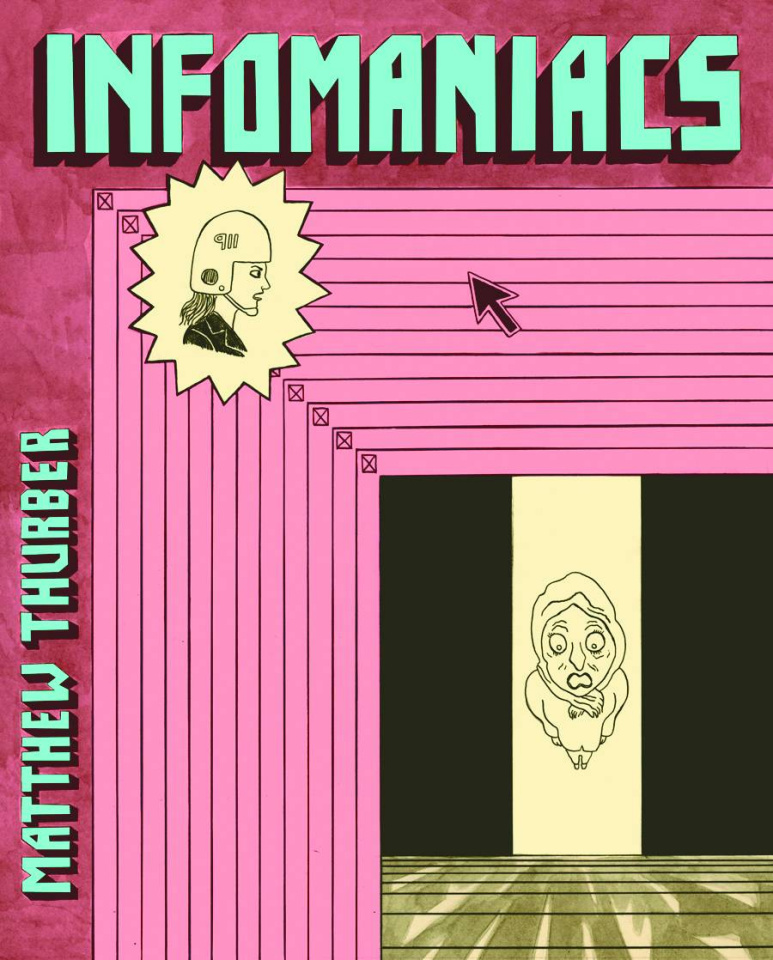