Just because they could rebuild her, doesn't mean her life isn't a wreck! After Jaime Sommers suffers a horrific parachute accident, her then-boyfriend, Steve Austin, convinces his superiors to save her life using similar bionic parts to the ones that made him the Bionic Man. The doctors / scientists replace both Jaime's legs. Her right arm. Her ear. And a few other surprises! Now, she's the Bionic Woman, and her body is faster, and stronger, but much of the memory of her past life is missing. But old lives have a way of popping back up again, and when the recipients of the earliest bionic prototypes are being killed across the globe, horribly murdered with their bionic parts stolen, Jaime has to put her new life in Paris on hold. Especially since it now looks like the mysterious killers are done with the small fry. They want the upgrade. They want the Bionic Woman! It's bullets, bionics, and baguettes in the city of love in this trade paperback collecting issues #1-6 of The Bionic Woman series, complete with a cover gallery. 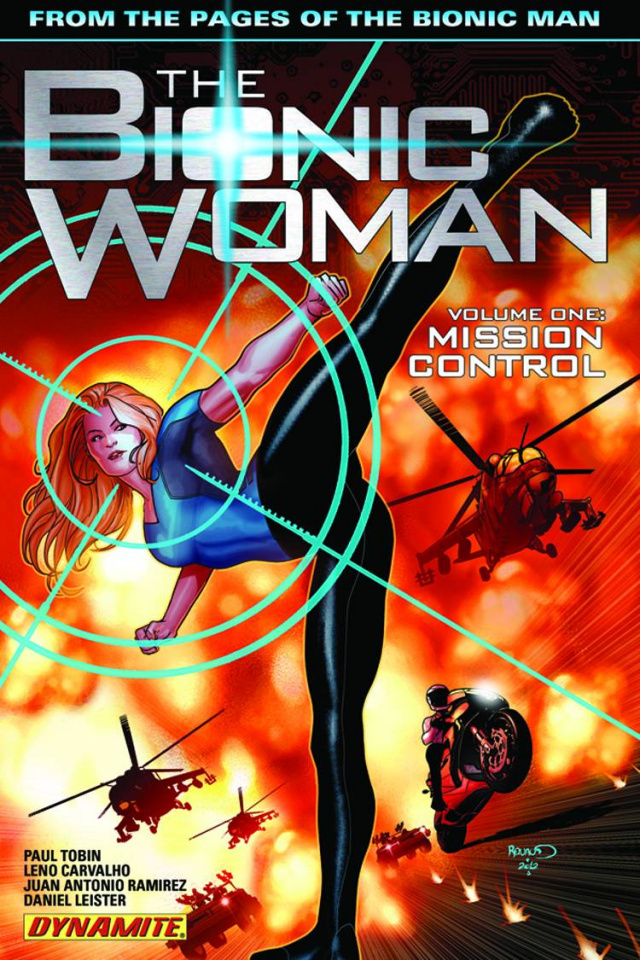