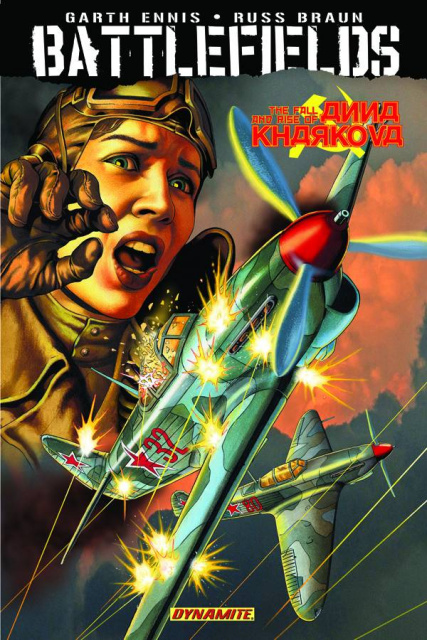 Garth Ennis (Preacher, Punisher) chronicles the two-decade journey of Anna Kharkova, the Russian ace pilot of World War II.  When Anna's aircraft crashes behind enemy lines, her harrowing survival through Nazi prison conditions unwittingly makes her an outcast among her own people.  Years later, she joins her longtime friend, Mouse, for a tour of duty in Korea, where a ranking officer proves just as deadly as the American jet fighters overhead.  But it won't be until 1964, when - after languishing in a remote Siberian punishment camp -Anna Kharkova finally meets her destiny!