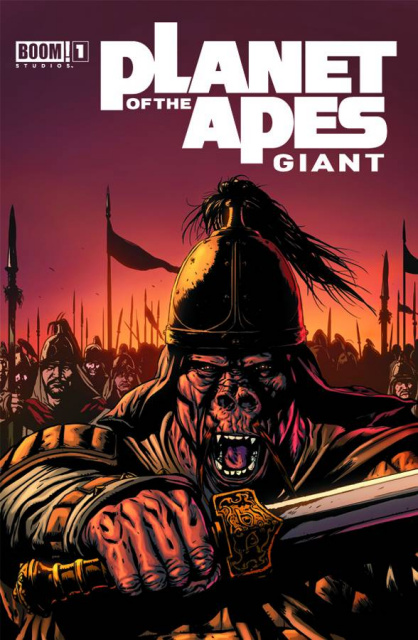 Planet of the Apes: Giant #1

WHY WE LOVE IT: Daryl Gregory, an acclaimed novelist, embodies the BOOM! philosophy of "doing it right" when it comes to licensed projects. Under his stewardship, PLANET OF THE APES has realized its potential for epic political intrigue.

WHY YOU'LL LOVE IT: Fans of classic PLANET OF THE APES along with brand new fans of sophisticated, layered characterdriven storytelling like GAME OF THRONES have praised Gregory's three year run.

WHAT IT'S ABOUT: The end is here as Alaya and Sully must find a way to set aside their differences and face a threat bigger than they ever encountered...but is it big enough to stop the humans and the apes of Mak from destroying each other first?