Expanding the world of GARTH ENNIS' Stitched, horror mainstay MIKE WOLFER tells the next chapter in a gripping world of terror. When a smuggler delivers the secret of the Stitched to a wealthy collector, the unsuspecting world learns that true horror doesn't stay buried in the sands of time...it transcends them. A team of Navy Seals must attempt to secure the threat and find a way to destroy the Stitched and their secrets before they are loosed among an unsuspecting population. But the true horror of the Stitched isn't only felt at their crushing granite fingertips, but in the terrifying turning process where the unwary become legions of the dead. The trade collects issues #8-13 of the ongoing horror series, Stitched. 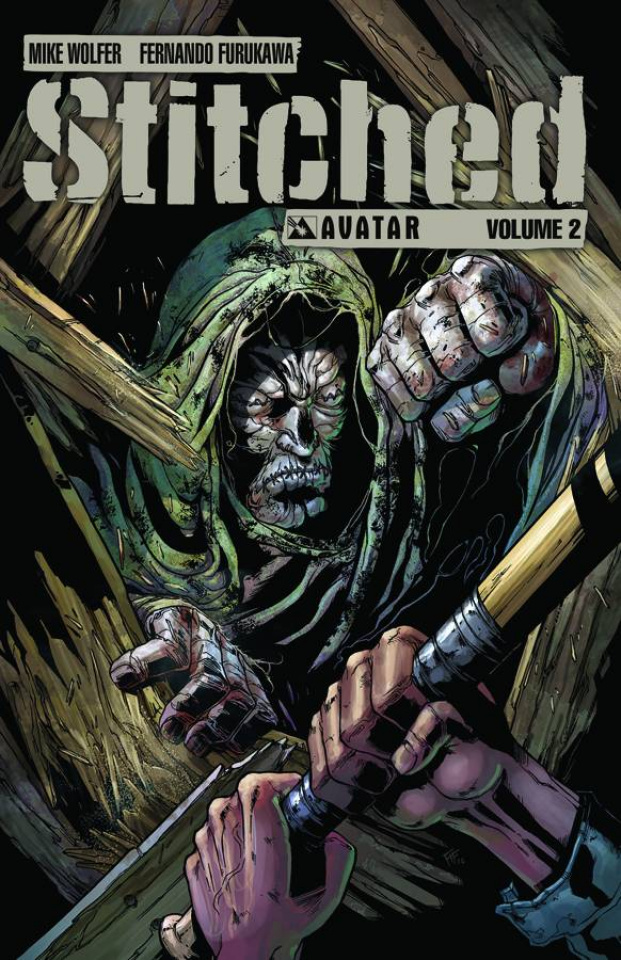