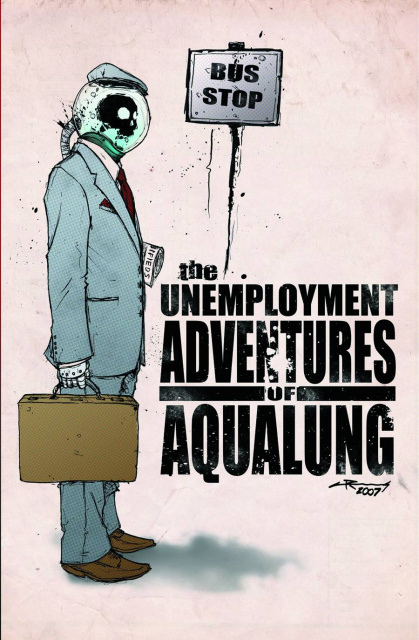 The Unemployment Adventures of Aqualung

For over 75 years, Agent Aqualung has defended the country from supernatural forces as part of the 88, a covert branch of the Department of Defense. A pink slip and a sealed letter sends shock waves through the covert initiative - they are being permanently dismantled due to budget cuts. Collecting his severance, a new identity, suit, and fake resume, and a small orange tree (which holds the soul of St. Germain, his only friend), Aqualung must adjust to a life in the real world. His first task? Finding gainful employment, of course! With the world against him, or at least a trail of old enemies, Aqualung must navigate through unemployment, dating, oh, and evil plots from ancient gods and their flunkies. The real question is, can he stop them before his unemployment benefits run out?