The Marvel Cinematic Universe continues! First, it's the official adaptation of the hit Marvel Studios film Thor! Watch as the origin of Marvel's mightiest hero unfolds! What is the realm known as Asgard, and who is its brash young champion? Then, it's a new adventure leading directly into the upcoming Marvel Studios blockbuster Thor: The Dark World! What happened to your favorite Asgardians between the events of Thor and Marvel's The Avengers? And more important, what comes next? Find out here! Collecting MARVEL'S THOR ADAPTATION #1-2, MARVEL'S THOR: THE DARK WORLD PRELUDE #1-2 and THOR: GOD OF THUNDER #13. 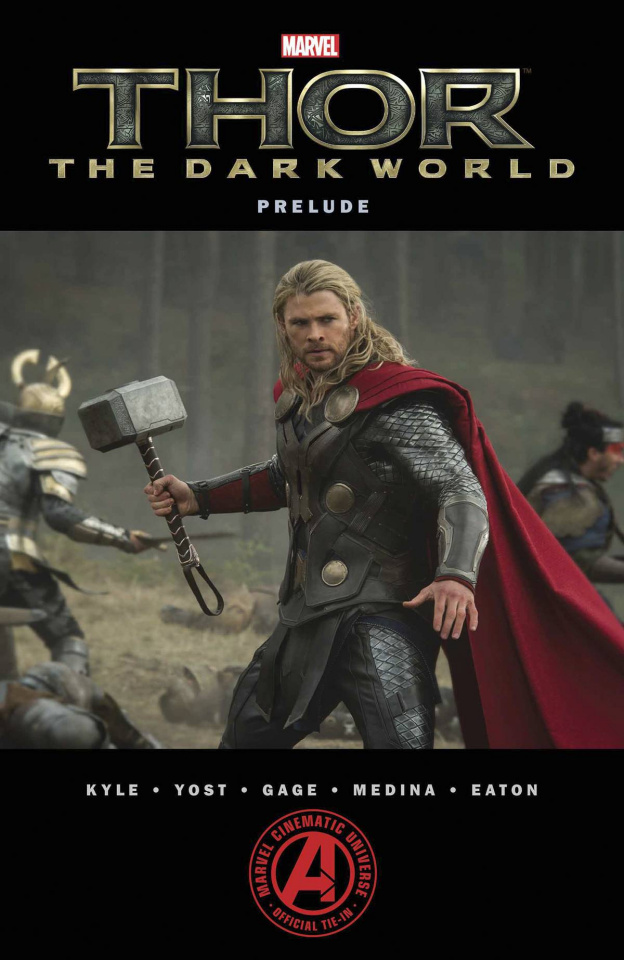