"GOLD, GUTS AND GROG," Part One

Who are the Rat Queens? A pack of booze-guzzling, death-dealing battle maidens-for-hire, and they're in the business of killing all gods' creatures for profit. It's also a darkly comedic fantasy series starring Hannah the Rockabilly Elven Mage, Violet the Hipster Dwarven Fighter, Dee the Atheist Human Cleric and Betty the Hippy Hobbit Thief. This modern spin on an old school genre is a violent monster-killing epic that is like Buffy meets Tank Girl in a Lord of the Rings world on crack! A new ongoing series from PETER PANZERFAUST's KURTIS J. WIEBE and featuring a gorgeous incentive cover by SAGA's FIONA STAPLES! 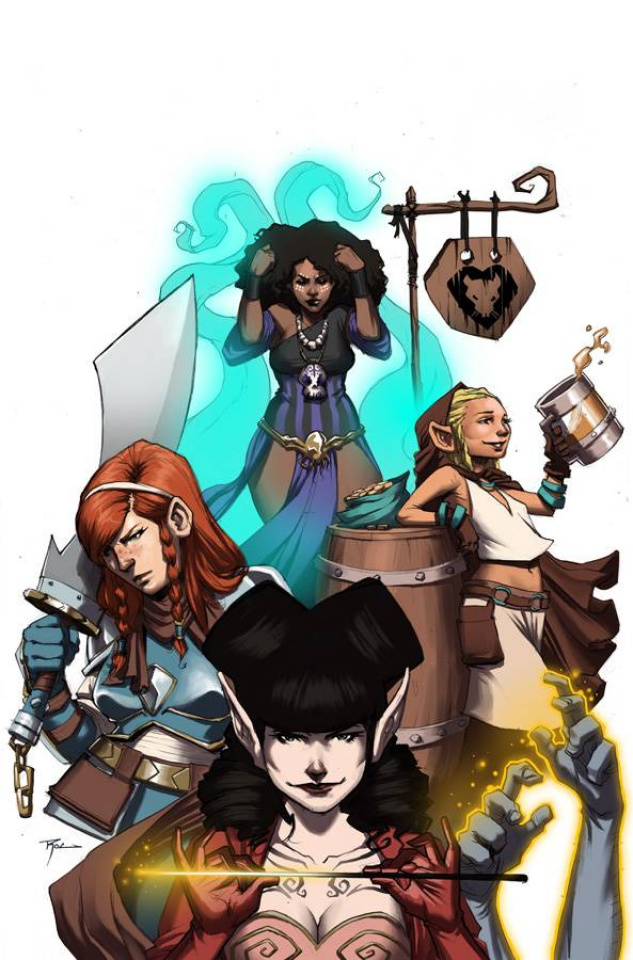