The on-going series that every Zenescope fan has been wating for continues... Violet has been kidnapped by the possessed people of the town who are intent on using her sacrifice to not only open a portal back to Wonderland but to provide Johnny's spirit with a new host body in which to unleash his terror upon the world. Will Calie reach Violet in time to prevent the ritual or will Violet fall to the madness of the Mad Hatter REBORN!!! From the writers and creators who brought you Zenescope's original Wonderland trilogy comes a whole new world of madness like you've never seen before. Featuring two incredible homage covers as Zenescope celebrates its seven year anniversary. 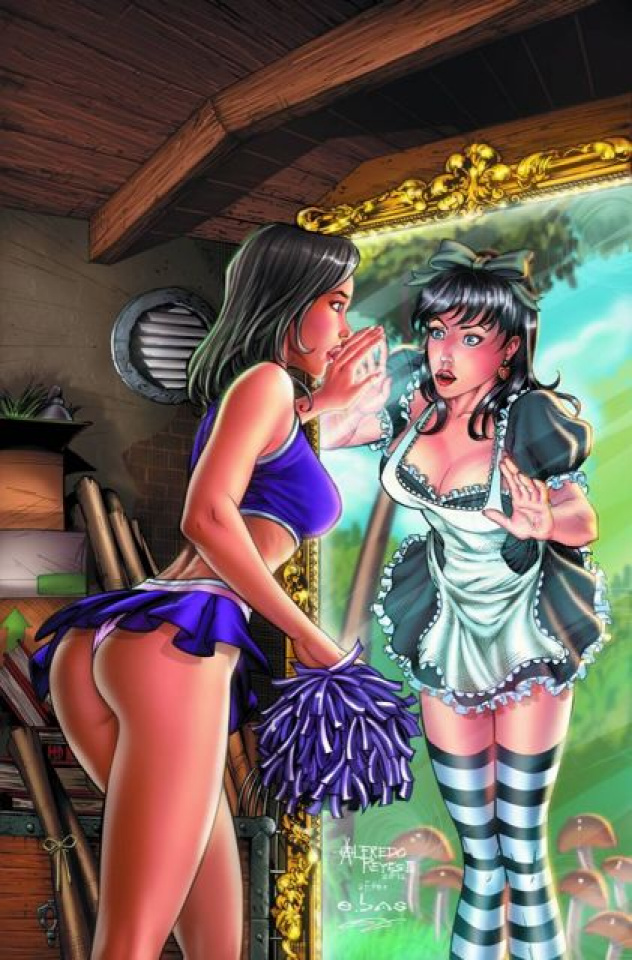