The BRAND NEW series that reinvents the classic tale of action and adventure in green is HERE!!! In the lands of Myst a tryant rules the city of Bree with an iron fist leaving its citizens living in fear and terror. But all hope is not lost when one man takes the first steps to finding the one person who might save them all. Meanwhile on earth Robyn has had a troubled life for many years since her mother's death. In and out of foster homes Robyn now finds herself transferred to a high class high school filled with the rich and over privileged. But when Robyn crosses one of the popular kids she will learn first hand the extent of torture they are willing to go to against those who transgressed against them. Don't miss out on the hottest new fantasy series of the year. Featuring covers by Greg Horn, Eric Basadula and Stjepan Sejic. 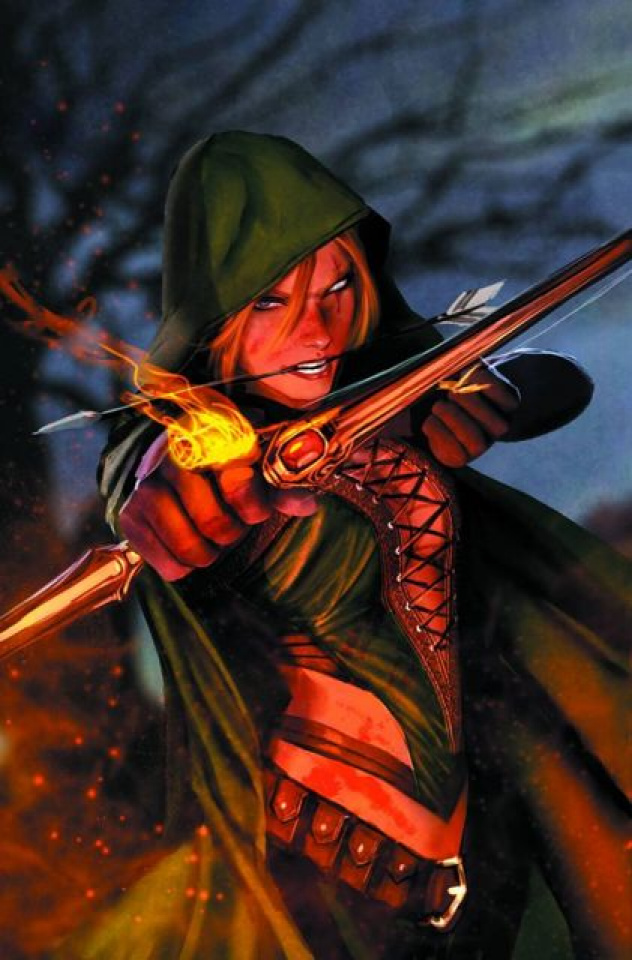