In the blockbuster follow-up to last issue's Tick/Invincible crossover, The Tick and Orson (the Golden Age Arthur) set out to discover if the modern Arthur is well and truly dead. Orson's mysterious moth suit demonstrates another of its eerie powers when an electrical eruption from it manages to teleport Frank Einstein and Dr. Flem from Madman's world into the Tick's universe where they join forces to confront the challenge of the Mime King and his mute but malevolent minions. 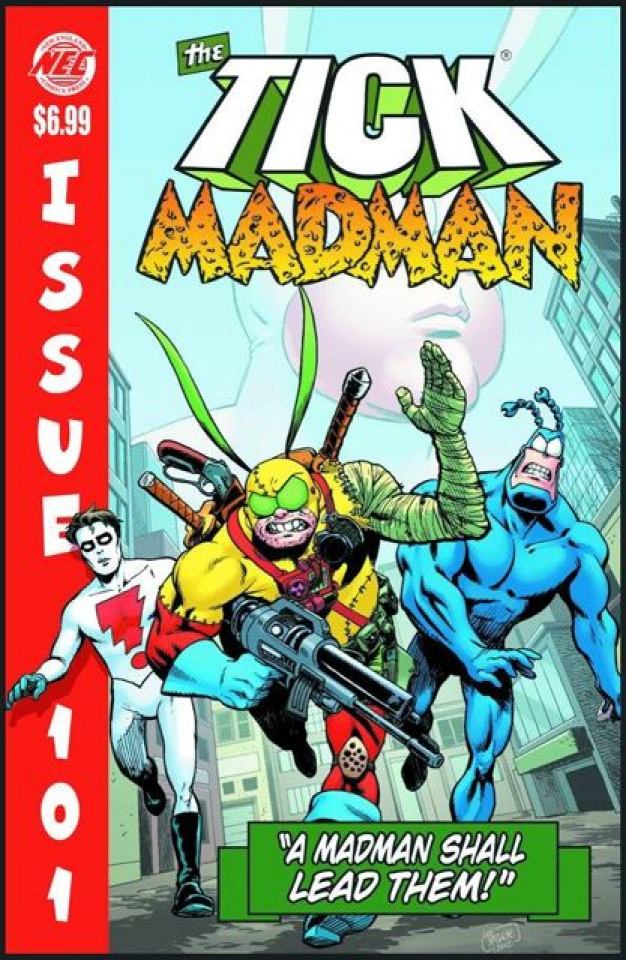