Written in the 14th-century, Dante's Divine Comedy has long since been acknowledged as the greatest single poem of the last 2 millennia. It is a true epic, which tells the story of how a lost soul is led by a spirit guide through Hell and Purgatory and finally to the highest realms of Heaven, where he is re-united with his lost love, the beautiful Beatrice. It has just one obvious weakness: Not enough good jokes. Now, after more than half a millennium, one comic artist has finally come forward to put matters right: Hunt Emerson. While remaining faithful to the narrative, the characters, and the philosophy of Dante's original, Emerson has dreamed up a brilliantly inventive series of comic variations on the poem. 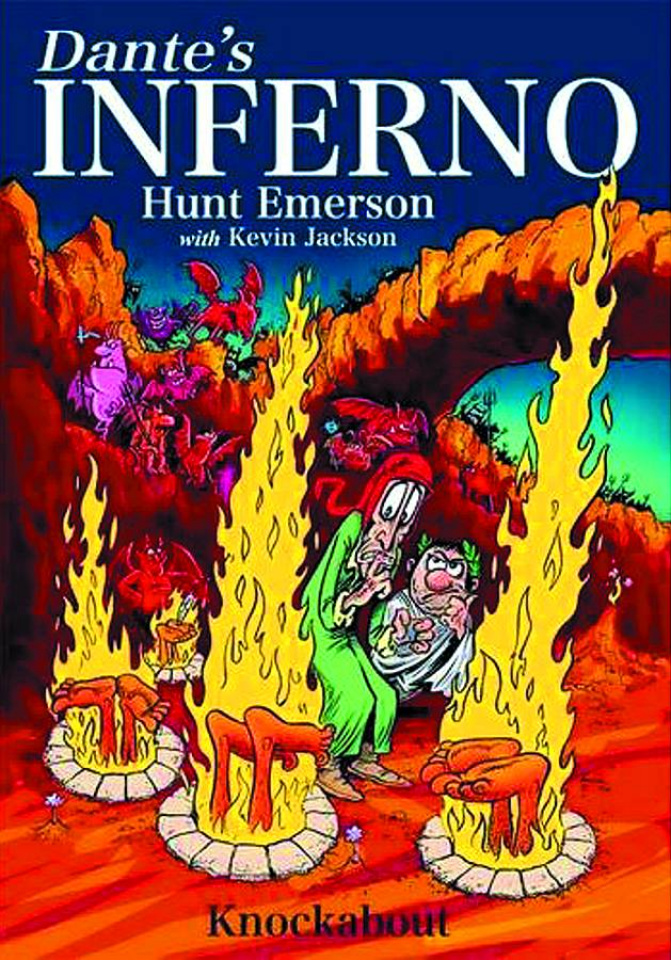