A collection of illustrations from the New Yorker cover artist and award-winning cartoonist. Adrian Tomine's illustrations and comics have been appearing for more than a decade in the pages (and on the cover) of The New Yorker. Instantly recognizable for their deceptively simple and evocative style, these images have garnered the attention of The New Yorker's readership and the approbation of such venerable institutions as the Art Directors Club and American Illustration. New York Drawings is a loving homage to the city that Tomine, a West Coast transplant, has called home for the past seven years. This lavish, beautifully designed volume collects every cover, comic, and illustration that he has produced for The New Yorker to date, along with an assortment of other rare and uncollected illustrations and sketches inspired by the city. Complete with notes and annotations by the author, New York Drawings will also feature a new introductory comic focusing on Tomine's experiences as a New York illustrator. 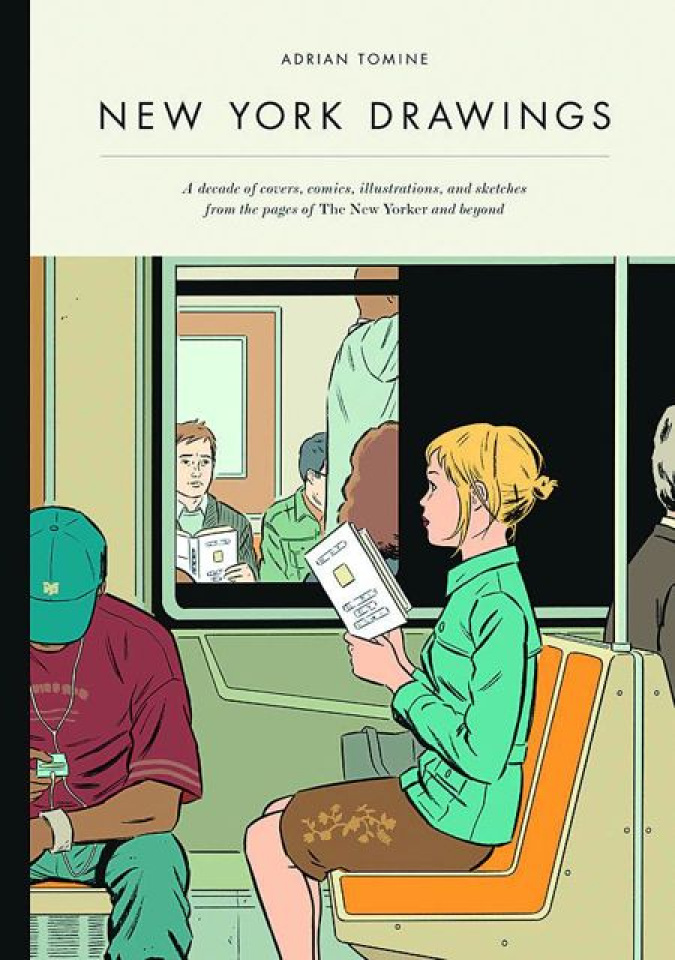