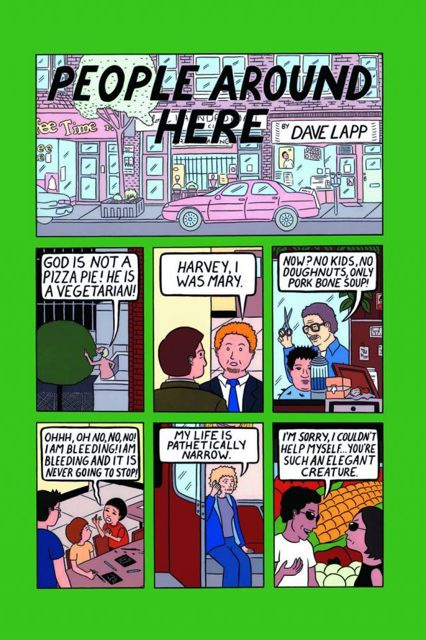 A companion piece to Drop-in, Lapp's critically-acclaimed account of working in inner city Toronto drop-in centres, but People Around Here takes it to the streets! Always the consummate observer, Lapp's ability to crystallize everyday moments of street life and overheard conversations into short visual vignettes is remarkable. Drop-in was nominated for a Doug Wright Award, an Ignatz Award, and was excerpted in the 2010 edition of The Best American Comics.