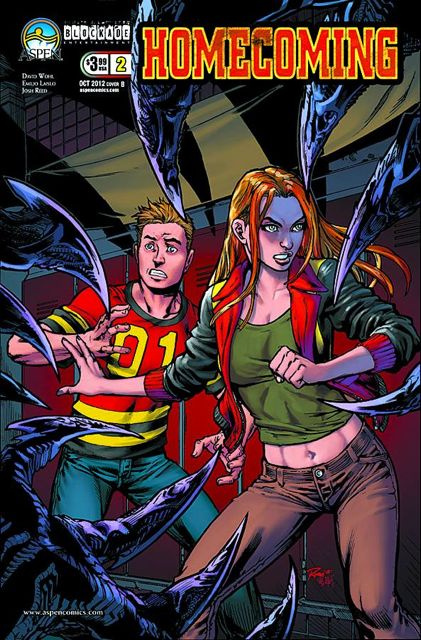 Nobody ever said being a teenager was easy... After the dramatic events of the thrilling debut issue, the kids try to return to their normal lives but the changes to their bodies are making things difficult to say the least. Meanwhile, Hunter and Jay Anne agree to try to go on a date, but when she loses control of her newfound abilities in public, things quickly get out of hand. Paul returns to his family but has difficulty keeping his 'changes' from his parents. And Celeste experiences some disturbing memories about her mother, that could become a dark foreshadow of events to come! Just when you thought it was safe to go back to High School...Aspen Comics proudly presents an all-new series created by Michael Turner, Scott Lobdell and David Wohl. HOMECOMING!