Michael Turner's epic fantasy adventure surges forward into a new era! Consumed by darkness in body and soul, Grace has become an agent of chaos and her journey of malevolence is only beginning. Can Malikai and his friends save their former protector before Sarin and his tech crew attempt to stop her with their own brand of justice? Or, have both groups bitten off more than they can handle? It's a battle for survival with the entire fate of the world hanging in the balance as Dark Grace's path of death and destruction continues! From veteran SOULFIRE scribe J.T. Krul, and featuring fan-favorite artist Michael DeBalfo along with fan favorite colorist Nei Ruffino, this is the SOULFIRE tale three volumes in the making! New and returning fans will NOT want to miss out as the biggest SOULFIRE story ever told continues right here! 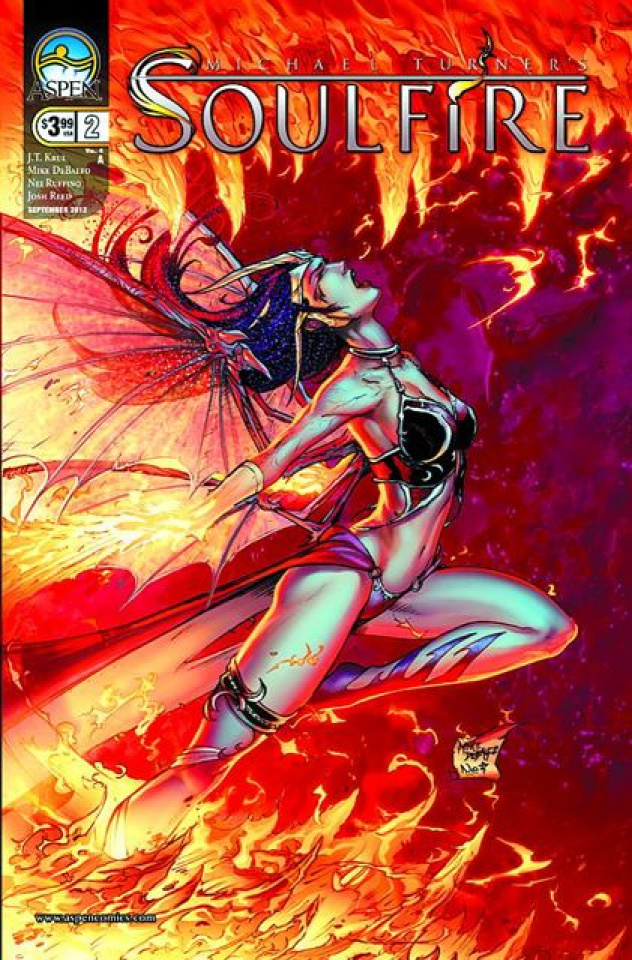