The Gunslinger: The Journey Begins

Stephen King's Dark Tower saga has riveted readers for decades. Now, Roland Deschain's early tales are told for the first time as one of literature's greatest characters is given new life on the comics page! The Barony of Gilead has fallen to the forces of the evil John Farson, as the Gunslingers are massacred at the Battle of Jericho Hill. But one Gunslinger rises from the ashes: Roland Deschain. Now the last of the Gunslingers, Roland sets out in search of the mysterious Dark Tower - the one place where he can set his out-of-synch world right. Along the way, Roland will battle the Not-Men, the Slow Mutants and more as he trails the Man in Black, the sorcerer who holds the key to finding the Dark Tower. Collecting DARK TOWER: THE GUNSLINGER - THE JOURNEY BEGINS #1-5. 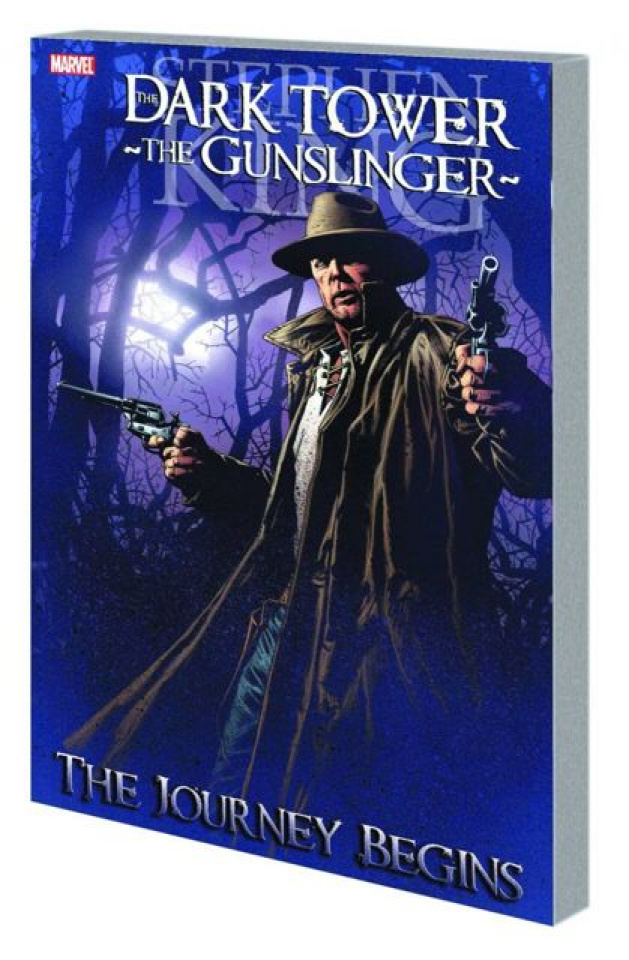