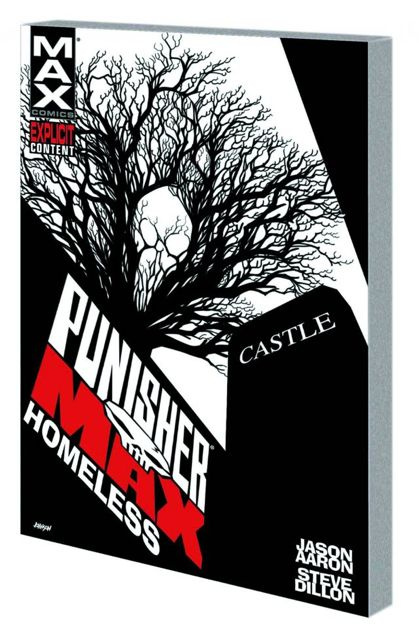 Since his family's death, Frank Castle has waged a brutal, never-ending war on crime as the Punisher. Once, he was the most feared man in the city - but no more. Wilson Fisk, the Kingpin of Crime, has brought him as low as he's ever been. No home, no weapons, no resources - just a broken old man with nothing to lose. And the Punisher has never been more dangerous. There's no way Frank can get to Fisk in his ivory tower - surrounded by soldiers and his deadly ninja bodyguard Elektra. But Frank has a plan to draw Fisk out. Now, the Punisher's war is about to reach its grisly conclusion. In their final battle, either Wilson Fisk or Frank Castle will die - but neither is going down without a hell of a fight. Collecting PUNISHERMAX (2010) #17-22.