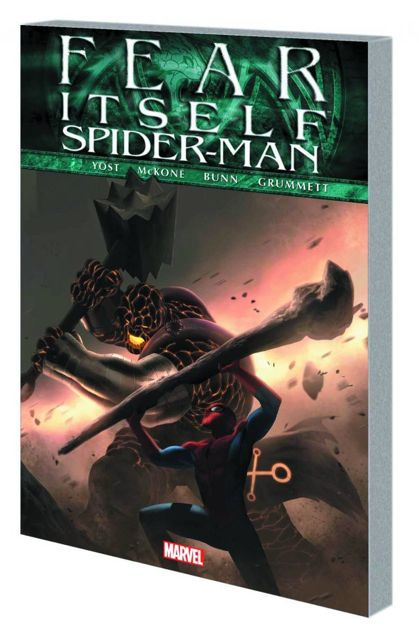 As FEAR ITSELF overtakes the world, New York City is mired in chaos. And amid the panic and violence, Spider-Man struggles to cope with his own crippling fears. He can help end the onslaught - but with his capabilities pushed to the brink, is he up to the challenge? As the world falls beneath the hammers of the Worthy, Spider-Man must take a stand - even if it's his last - when a hammer falls on Yancy Street, and the Thing is transformed into a mystically powered engine of destruction. Can Spider-Man, Mr. Fantastic and the Invisible Woman take down their friend and Future Foundation teammate before he destroys New York? Plus: the living history of the Worthy! Collecting FEAR ITSELF: SPIDER-MAN #1-3, FEAR ITSELF: FF and FEAR ITSELF: THE WORTHY.