The Serpent, Norse god of fear, has been vanquished, thanks to Loki - once the god of mischief, now reborn as a child. But FEAR ITSELF was the stuff of nightmares, and now those nightmares are threatening to destroy the world. Daimon Hellstrom, Son of Satan, is investigating a string of bizarre deaths - and all signs point to Loki. Literally. Like, on a map. But as the infernal exorcist and young god battle, the fear lord Nightmare is gathering enough fear energy to rule the world. And the mother lode is inside Loki's mind. Aided by an undead handmaiden, a demon puppy and a shirtless half-devil, Loki will have to risk everything on a scheme so crazy, it might as well have been thought up by...well, a god of mischief! Collecting JOURNEY INTO MYSTERY (1952) #632-636. 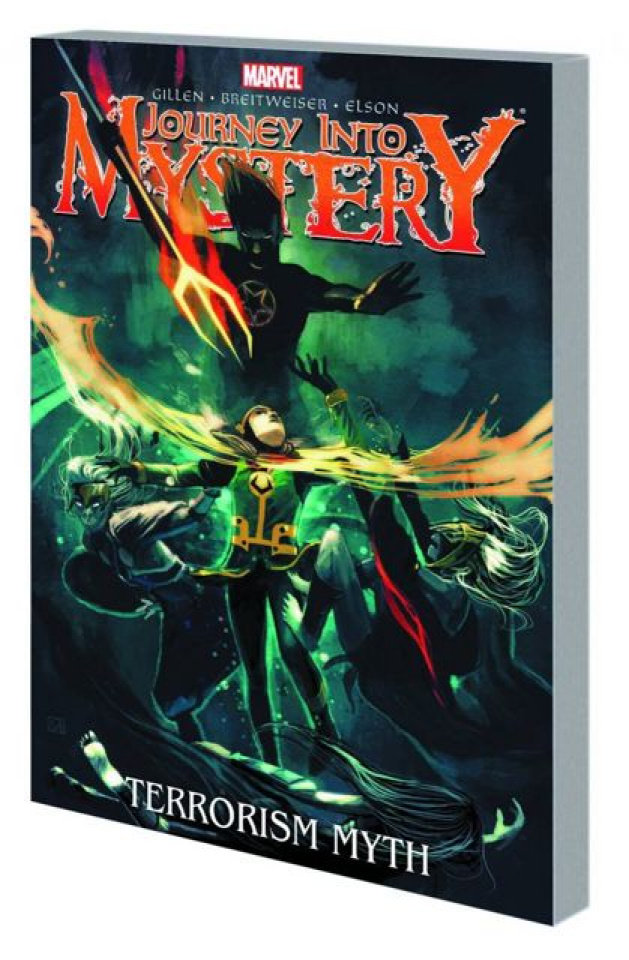