Something's rotten in the San Andres Mountains - and it's eating the locals! Captain America and Hawkeye investigate, but all the patriotism and arrows in the world may not be enough to save the two Avengers from a hive of dino-monstrosities! And when the Hybrid Queen awakens - in a big way - only Cap, Hawkeye and Stegron the Dinosaur Man (?!) are left to stop her! Plus: Whose side is the mysterious Kashmir Vennema on? (Hint: It's not Cap and Hawkeye's!) Collecting CAPTAIN AMERICA AND HAWKEYE #629-632. 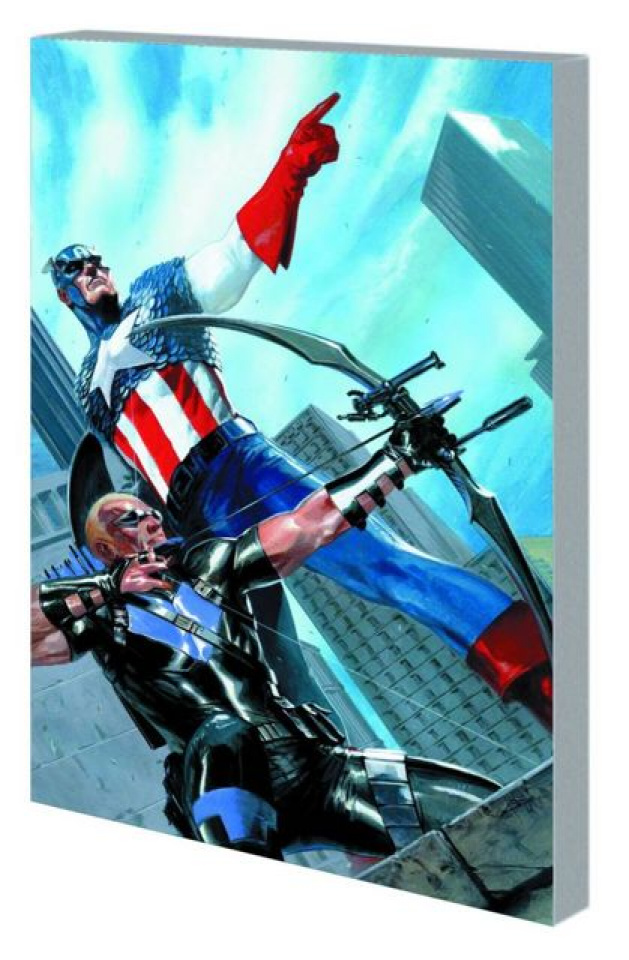