Avenging Spider-Man: My Friends Can Beat Up Your Friends

He's been Amazing, he's been Spectacular, and he's been Sensational. Now, Spider-Man is doing a little Avenging, and he's brought a few of his pals along for the ride. Ever the social animal, the wall-crawler has a proud tradition of fighting side-by-side with heroes from across the Marvel Universe. And now that he's a card-carrying member of both the Avengers and the Fantastic Four, he can't go far without swinging into a teammate or two. Step forward the rascally Red Hulk, the hotheaded Hawkeye and the legendary Captain America as Spidey bonds with Earth's Mightiest Heroes! Collecting AVENGING SPIDER-MAN #1-5. 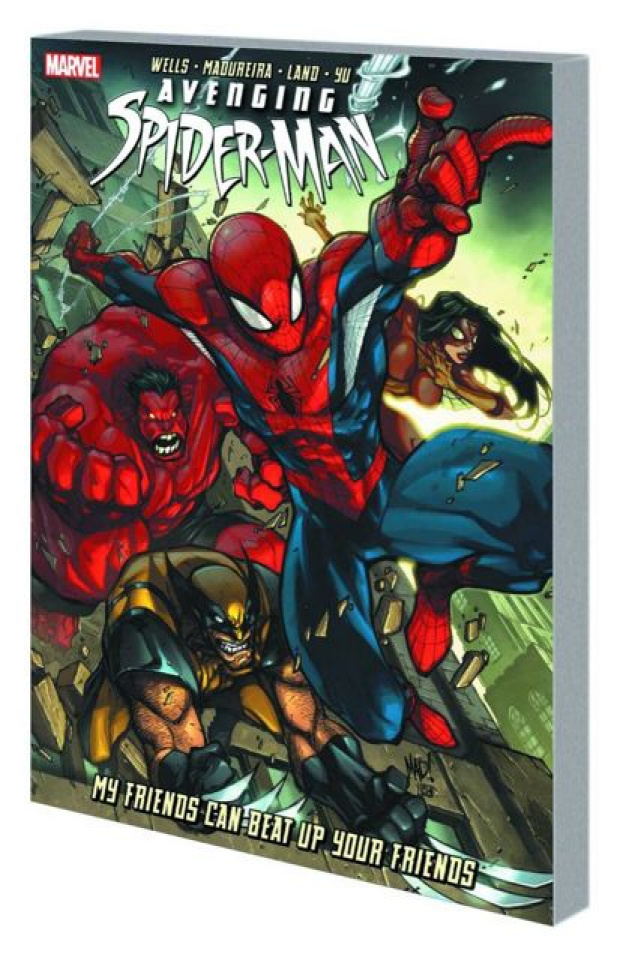