Dorothy and the Wizard in Oz

When an earthquake swallows Dorothy, her kitten Eureka and cousin Zeb, and Zeb's horse Jim, they're captured by the Mangaboos! The Wizard of Oz must win a magic contest to save them - using only his wits and nine tiny piglets. Then, watch out for the Invisible Bears, who devour anyone they catch! Dorothy and her friends race across the Invisible Valley, trying to reach the spiral staircase inside Pyramid Mountain. But halfway up the mountain lives the strange Braided Man! Plus: Dorothy meets her old friends: the Scarecrow, Tin Woodman, Cowardly Lion and more! And Eureka is charged with murder for eating one of the piglets! The Wizard has a secret plan to save Eureka, but can it possibly work? Don't miss this thrilling installment in the critically acclaimed Oz adaptations! Collecting DOROTHY & THE WIZARD IN OZ #1-8. 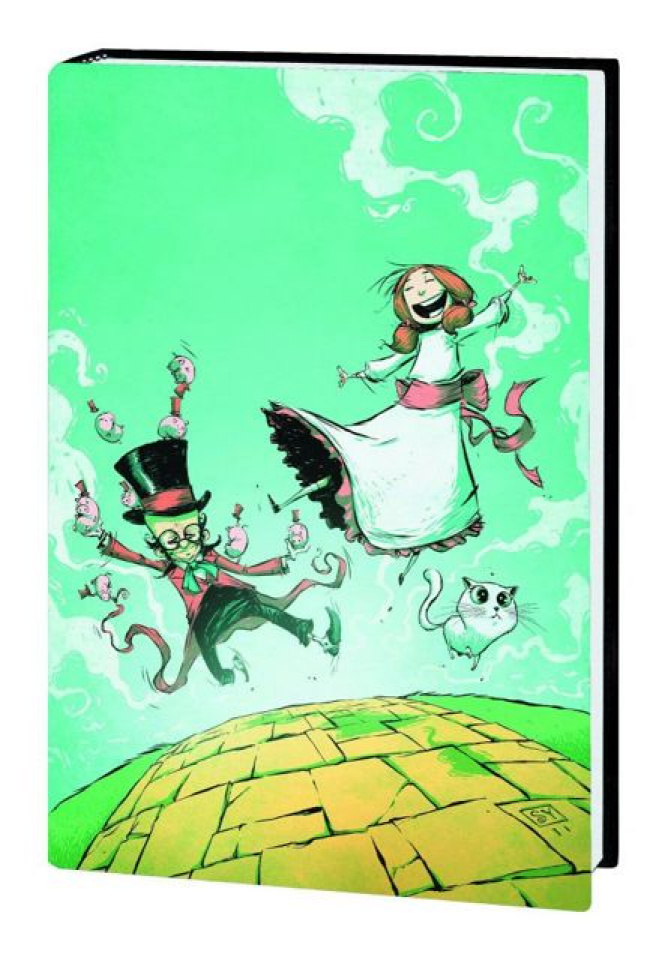