At long last! The best-selling Marvel Zombies franchise returns! ARMOR is called upon to rescue a reality where the Nazis won WWII -- with zombies! Howard the Duck brings in Nazi-fighter extraordinaire Dum Dum Dugan, and takes a squadron of fighters known as Ducky's Dozen on a daring raid into the very heart of the zombie Red Skull's territory! But as our heroes learn the horrifying truth behind what happened to the Norse Gods, and how Asgard became zombie territory, an unlikely ally joins our heroes - the same mysterious force who caused the zombie plague! Who will live, who will die, who will...UNdie? THE CANNOT BE MISSED ZOMBIE BOOK! SERIOUSLY, YOU GUYS! NAZI ZOMBIES! Collecting MARVEL ZOMBIES DESTROY #1-5. 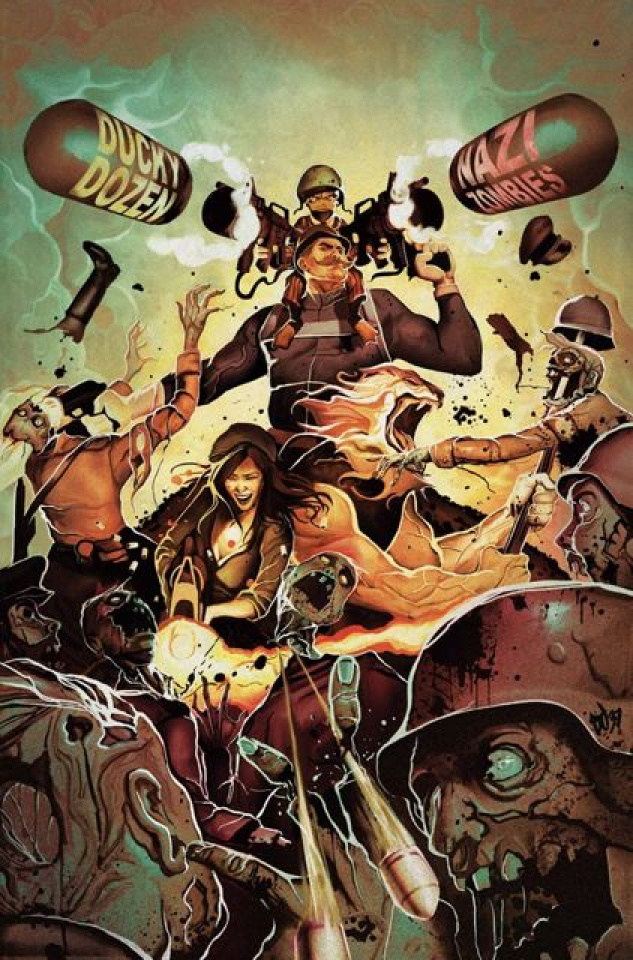