Featuring the smash hit, best-selling comic book biography of Barack Obama (Presidential Material: Barack Obama) that became a media sensation, and has to date gone into five printings. Additionally, this volume collects the follow up series that detailed the historic Obama campaign from the Democratic National Convention through his election to President on November 4th, 2008, and then until the inauguration. The story continues with the most relevant details of his first 100 Days in office, documenting the facts without bias. 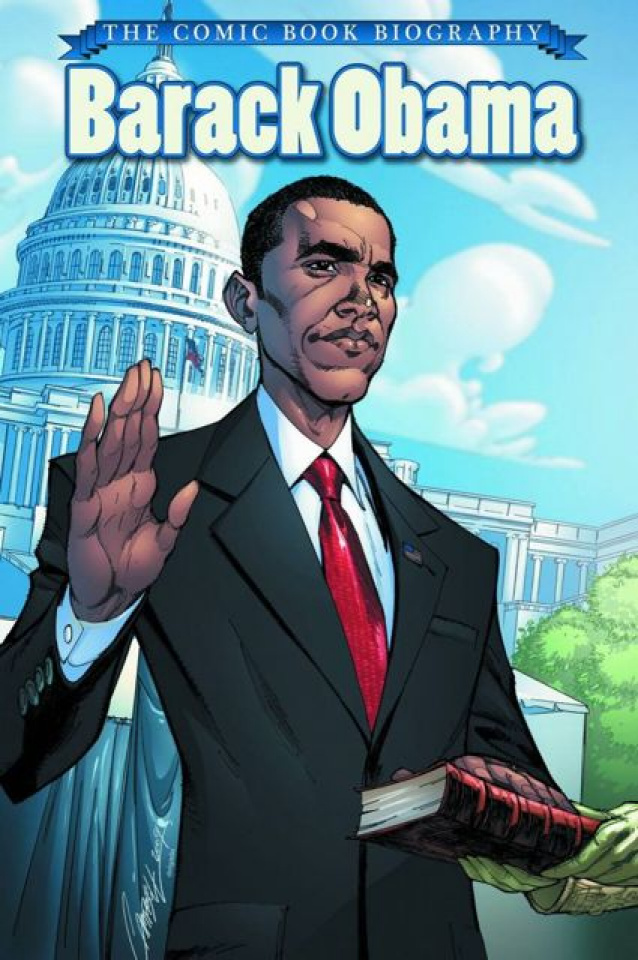