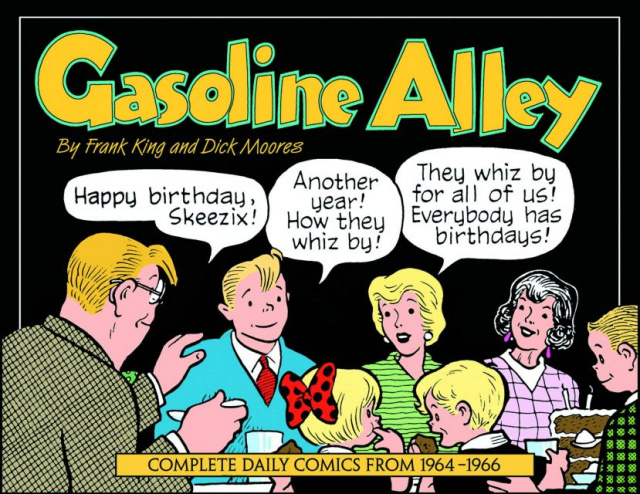 The year 1964 was a momentous one in the history of Gasoline Alley-it's when Frank King officially handed the baton to Dick Moores. King continued to help plot the strip but it's Moores who takes center stage. More so than any other newspaper strip, Gasoline Alley is renowned for its strict continuity and this is our chance to see Moores-who continued writing and drawing the strip until 1986-make it his own. Forty-plus years earlier, Walt Wallet found baby Skeezix in a basket on his doorstep and in the 1964-1966 strips reproduced in this volume, Skeezix is now middle-aged and has a family of his own. For the first time since they appeared in newspapers fifty years ago, readers can enjoy these classic strips featuring Walt and his wife Phyllis, Skeezix and his wife Nina, Corky, Clovia, Slim, Avery, Mr. Pert, Joel, Rufus, and a whole cast of familiar characters.