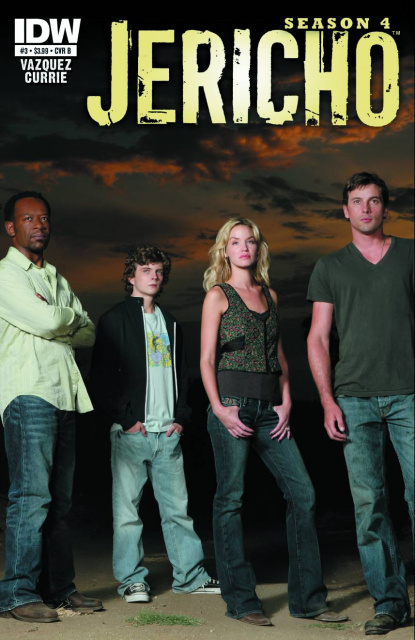 John Smith's dominance in Jericho continues as his plans for the ASA begin to take shape. With Hawkins imprisoned, Jake is left to deal with the duplicitous Smith on his own, and finds himself having to risk everything in order to carry out a secret agenda. Meanwhile, ASA mole Palmer ingratiates himself with Major Beck, dangling the perfect bait in the hopes that Beck will grow to trust him-and tell him everything. But while tensions grow high in Jericho, danger pervades beyond it. Little does Hawkins know, his worst nightmares are about to come true when Allison is thrust into grave jeopardy.