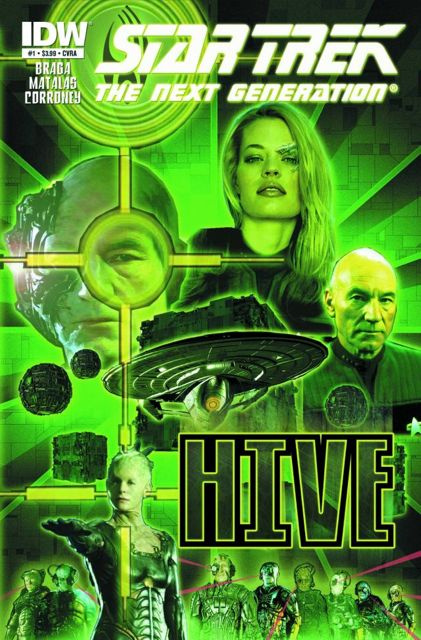 Star Trek: The Next Generation - Hive #1

Celebrating the 25th anniversary of Star Trek: The Next Generation! In the distant future the entire galaxy has been completely assimilated by Borg and it's king Locutis! The only hope for the future lies in the past, in the hands of Captain Jean-Luc Picard and the crew of the starship Enterprise-as Picard faces off against the Borg collective in one final, terrifying and definitive encounter! Brannon Braga is one of the writers most associated with the Star Trek Franchise. He has written a number of fondly remembered episodes of TNG, including co-writing the two-part series finale, 'All Good Things for which he won the prestigious Hugo Award. Terry Matalas has written for Star Trek: Enterprise, as well as Terra Nova.